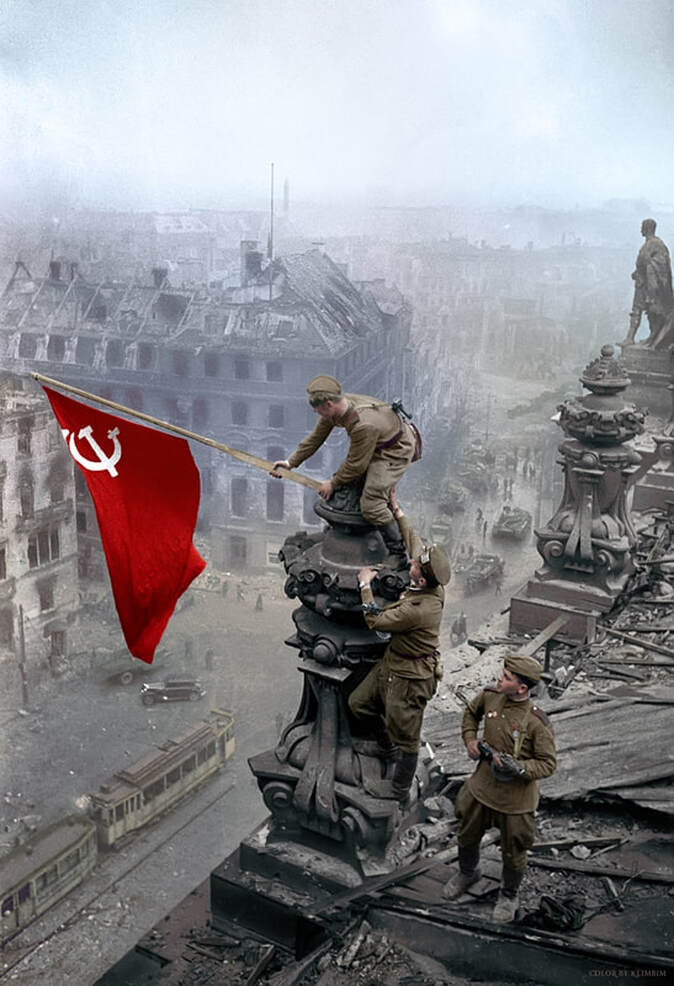 During this second great war, the combatants engaged in wholesale destruction of cities, deliberate attacks on civilians, and the systematic destruction of their enemies’ industrial complexes.

The newly established, postwar democracies in central and eastern Europe were too weak to provide stability either internally or in the European state system, especially during the Great Depression of the 1930s. The League of Nations, established after the war to employ collective security in the interests of peace, could not manage the international tensions unleashed by World War I. The breakdown of the settlement led to World War II, a conflict even more violent than World War I.

In Italy and Germany, charismatic leaders led fascist movements to power, seizing control of the post–World War I governments. Fascism promised to solve economic problems through state direction, although not ownership, of production. The movements also promised to counteract the provisions of the Treaty of Versailles by rearming the military and by territorial expansion. The efforts of fascist governments to revise the Treaty of Versailles led to the most violent and destructive war in human history, World War II—a conflict between democracies, temporarily allied with communist Russia, and fascist states.

During this second great war, the combatants engaged in wholesale destruction of cities, deliberate attacks on civilians, and the systematic destruction of their enemies’ industrial complexes. The Nazi government in Germany undertook the annihilation of Jews from the whole continent (the Holocaust), as well as the murder of other targeted groups of Europeans.

At the end of this conflict, fascist forces had been defeated, Europe was devastated, and the international diplomatic situation developed into a conflict between the capitalistic democracies and the centrally directed communist states. The economic and political devastation left a power vacuum that facilitated the Cold War division of Europe.

Objective: Explain the causes and effects of the global economic crisis in the 1920s and 1930s. 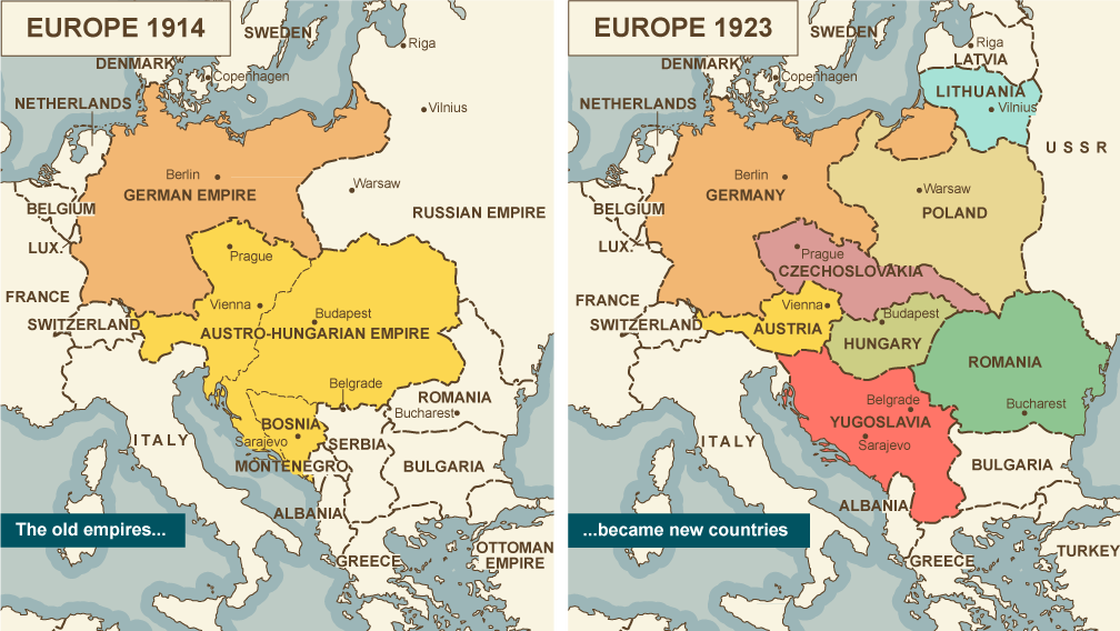 The American Dawes Plan and Young Plan stabilized the failing German economy and ushered in a brief period of prosperity during the Weimar Golden Age until the U.S. stock market crash in 1929.  The Nazis, of course, were opposed to Dawes Plan and any foreign influence in Germany. 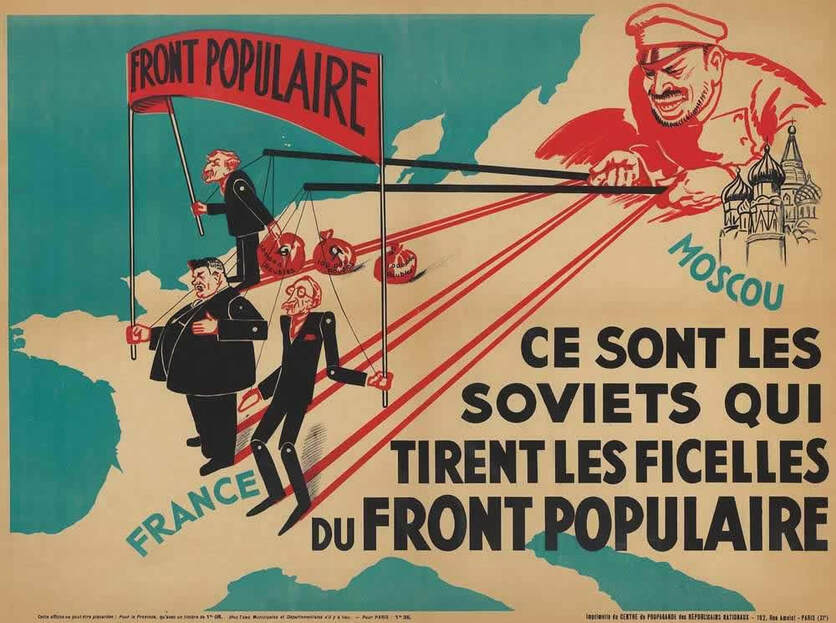 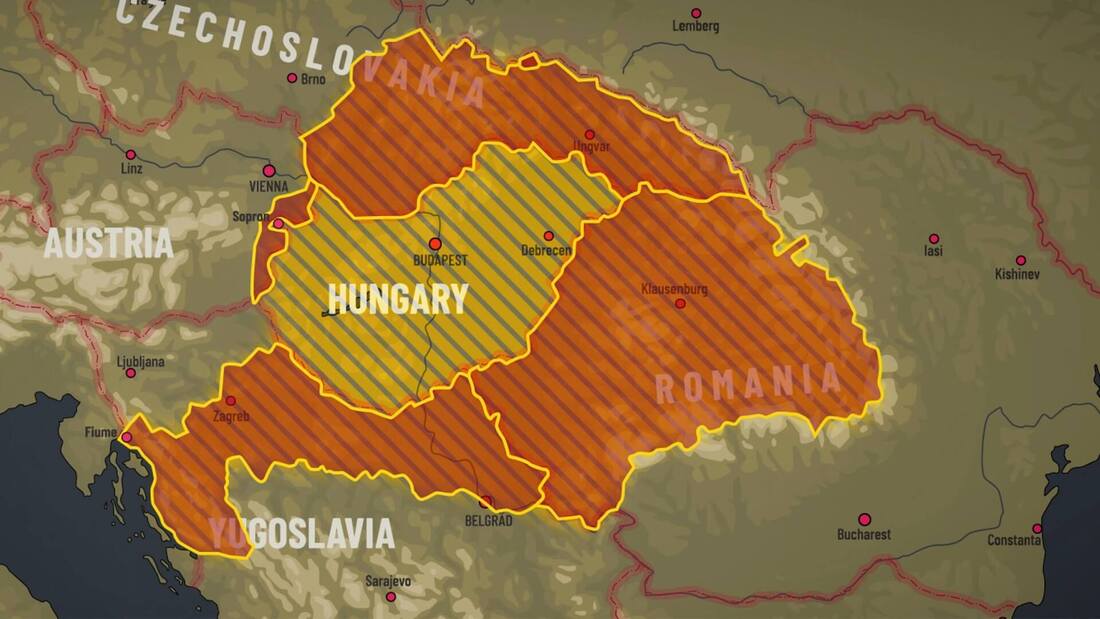 Hungary lost 72% of its territory in the Treaty of Trianon.

Objective: Explain the factors that led to the development of fascist and totalitarian regimes in the aftermath of World War I. 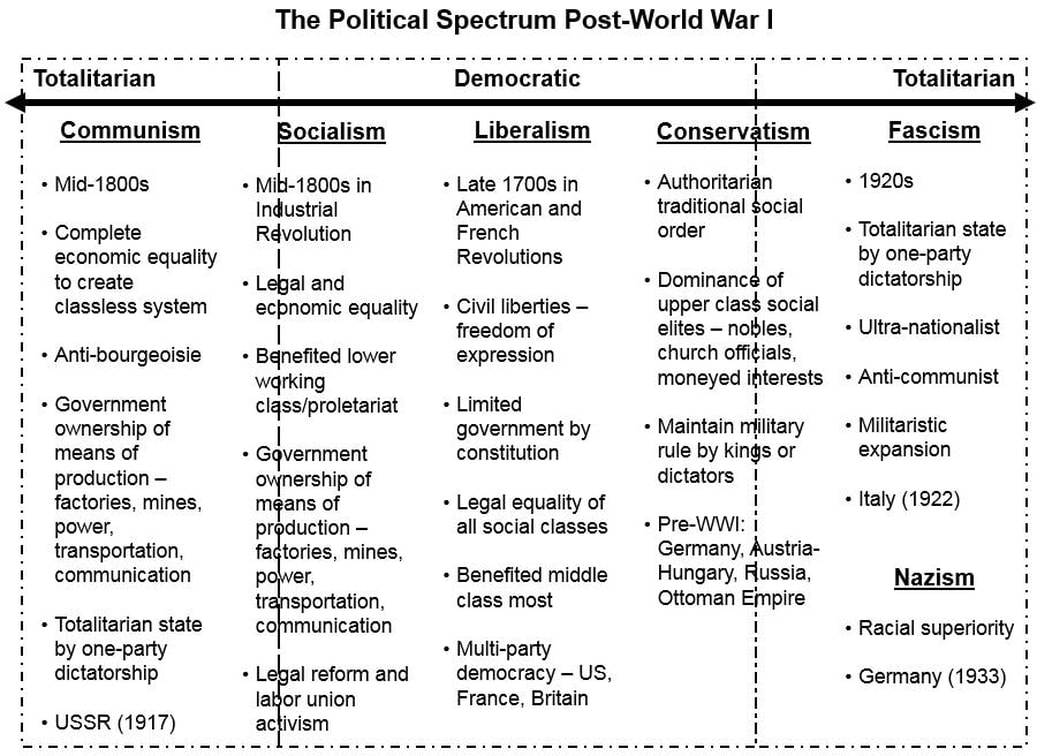 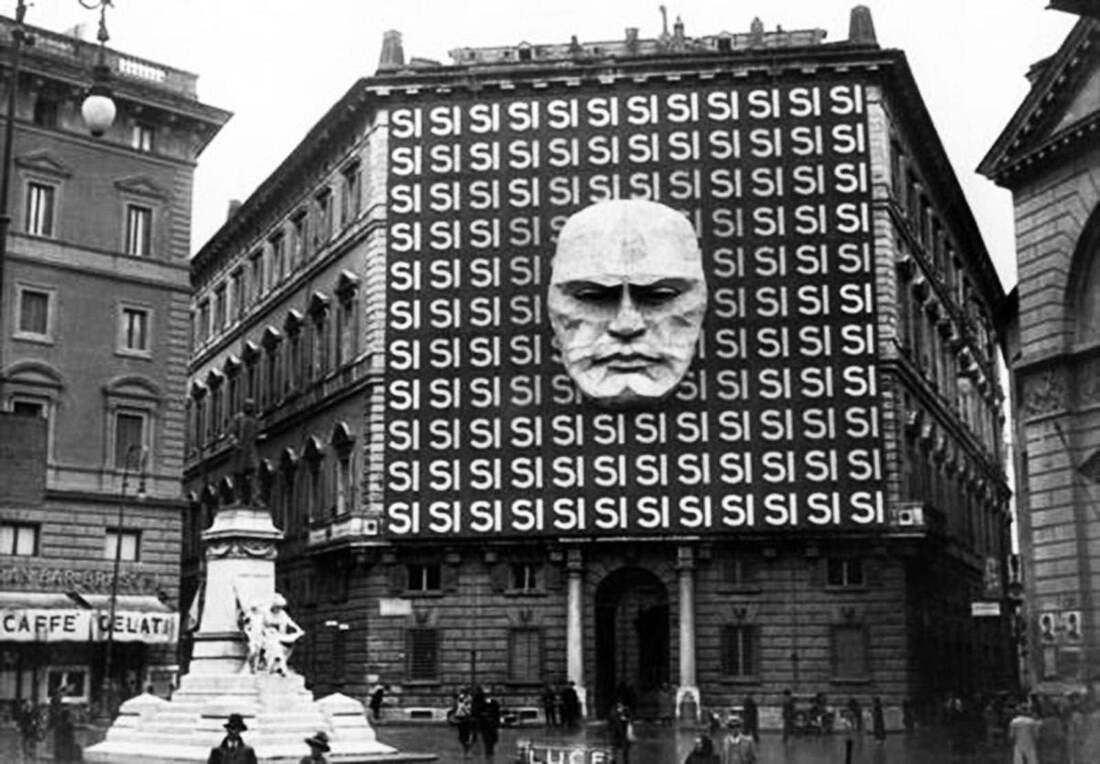 Fascist Party Headquarters in Rome in 1934

Objective: Explain the consequences of Stalin’s economic policies and totalitarian rule in the Soviet Union 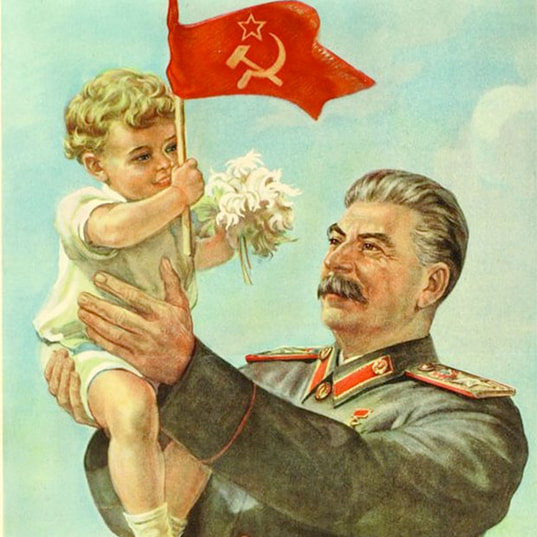 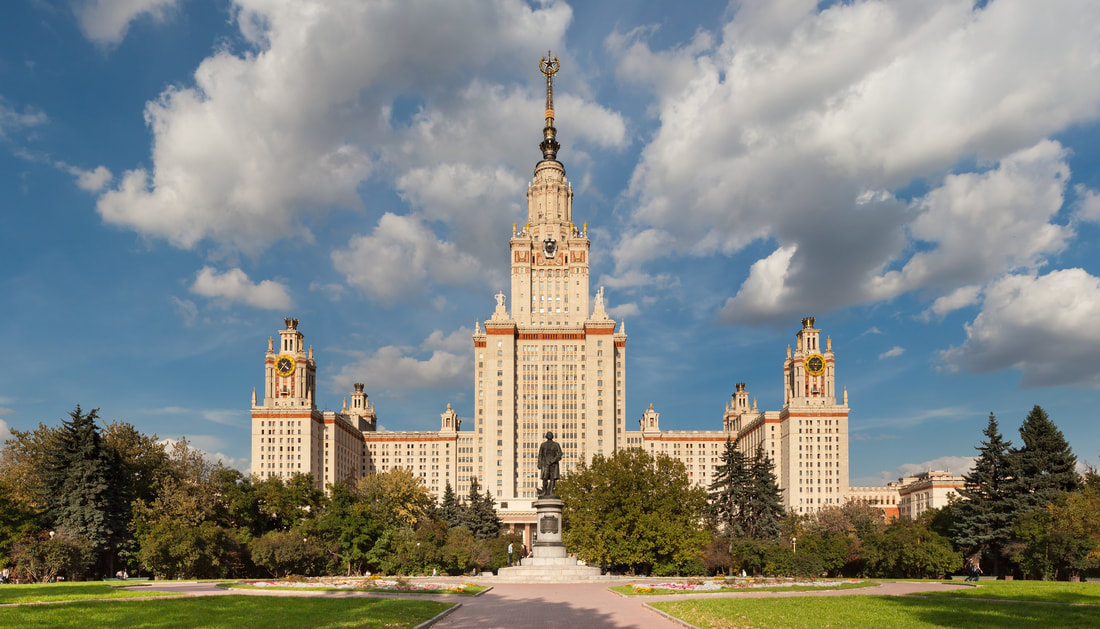 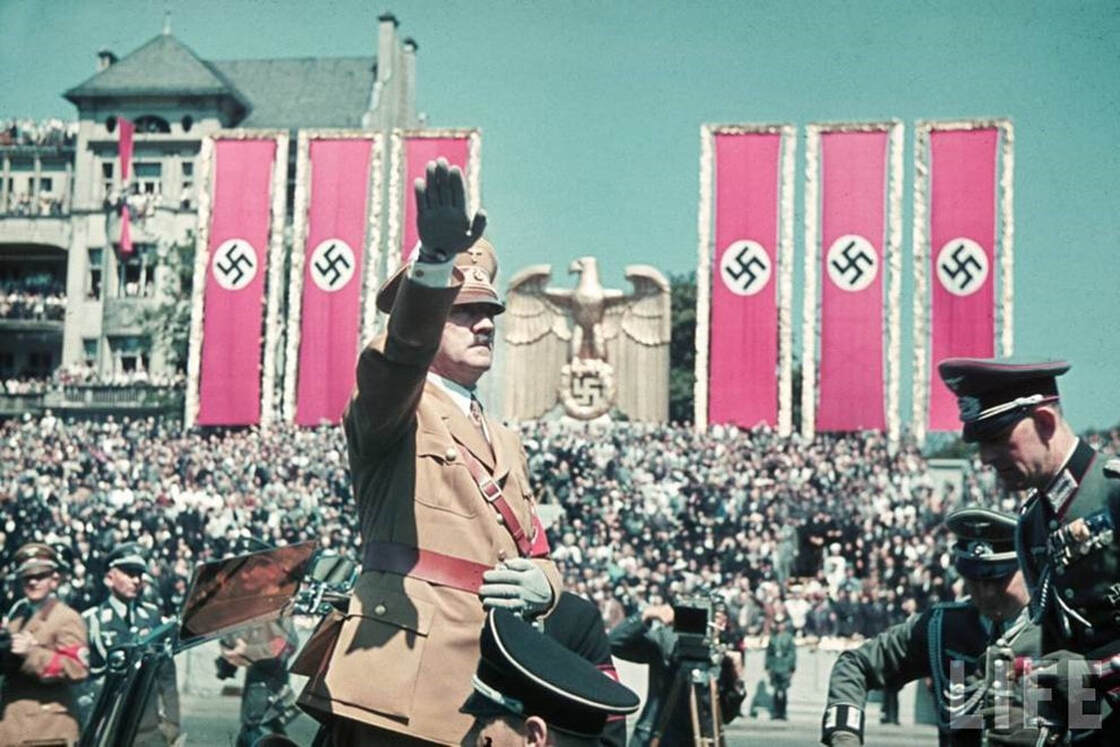 Objective: ​Explain how and why various political and ideological factors resulted in the catastrophe of World War II. 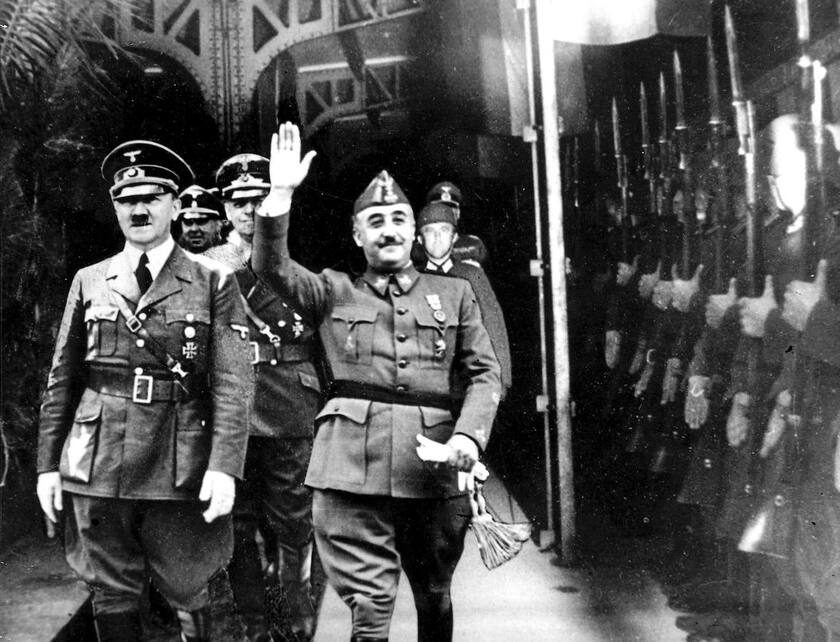 The ​Spanish Civil War was a proxy war between far-right Spanish Nationalists led by Francisco Franco with assistance from Nazi Germany and Fascist Italy and far-left Spanish Popular Front Republicans  supported by the Soviet Union.
​​Valley of the Fallen, Madrid 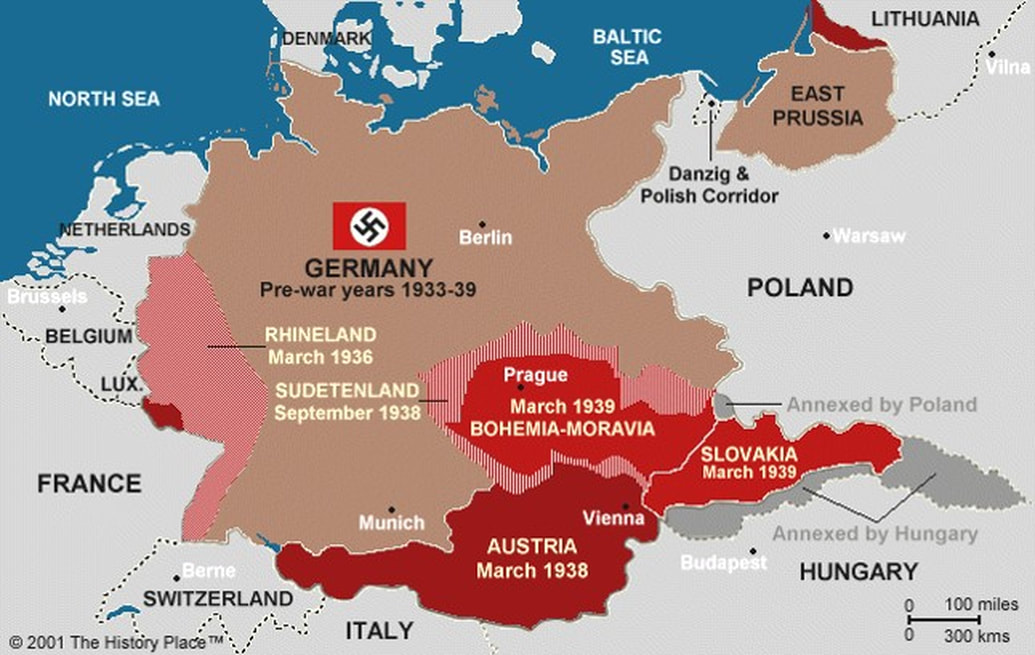 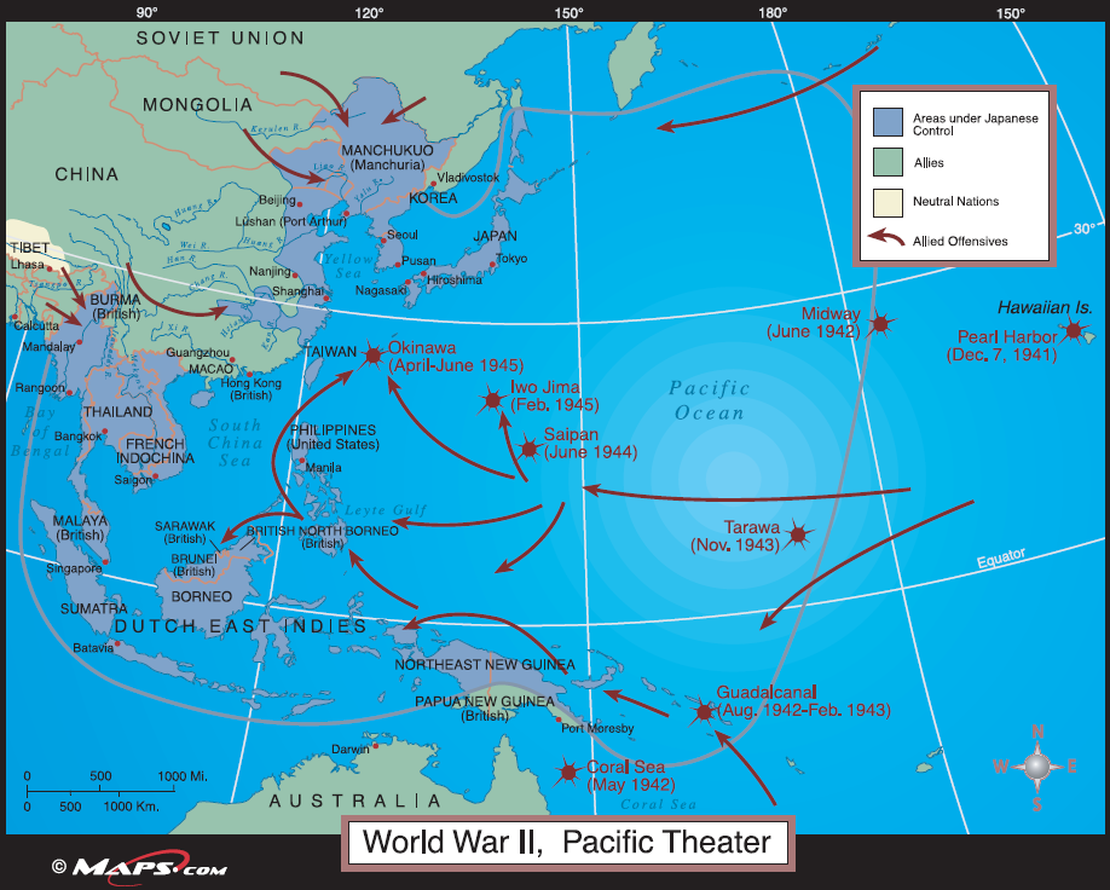 ​German airplanes during the Second World War emblazoned with the Nazi swastika symbol on their tails. 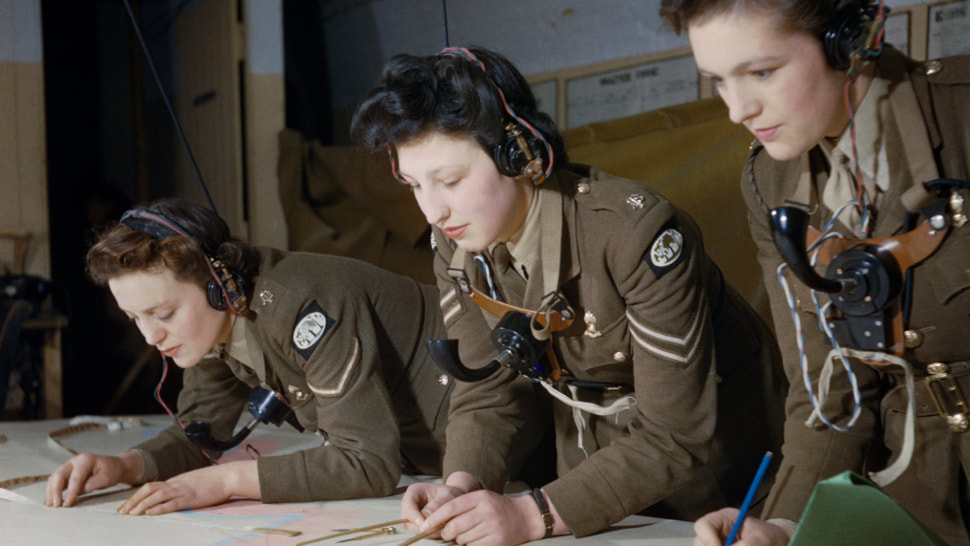 By July 1940, the United Kingdom stood alone against the Axis Powers. For months, the Royal Air Force fought the Luftwaffe in the skies during the Battle of Britain as London suffered through the Blitz. 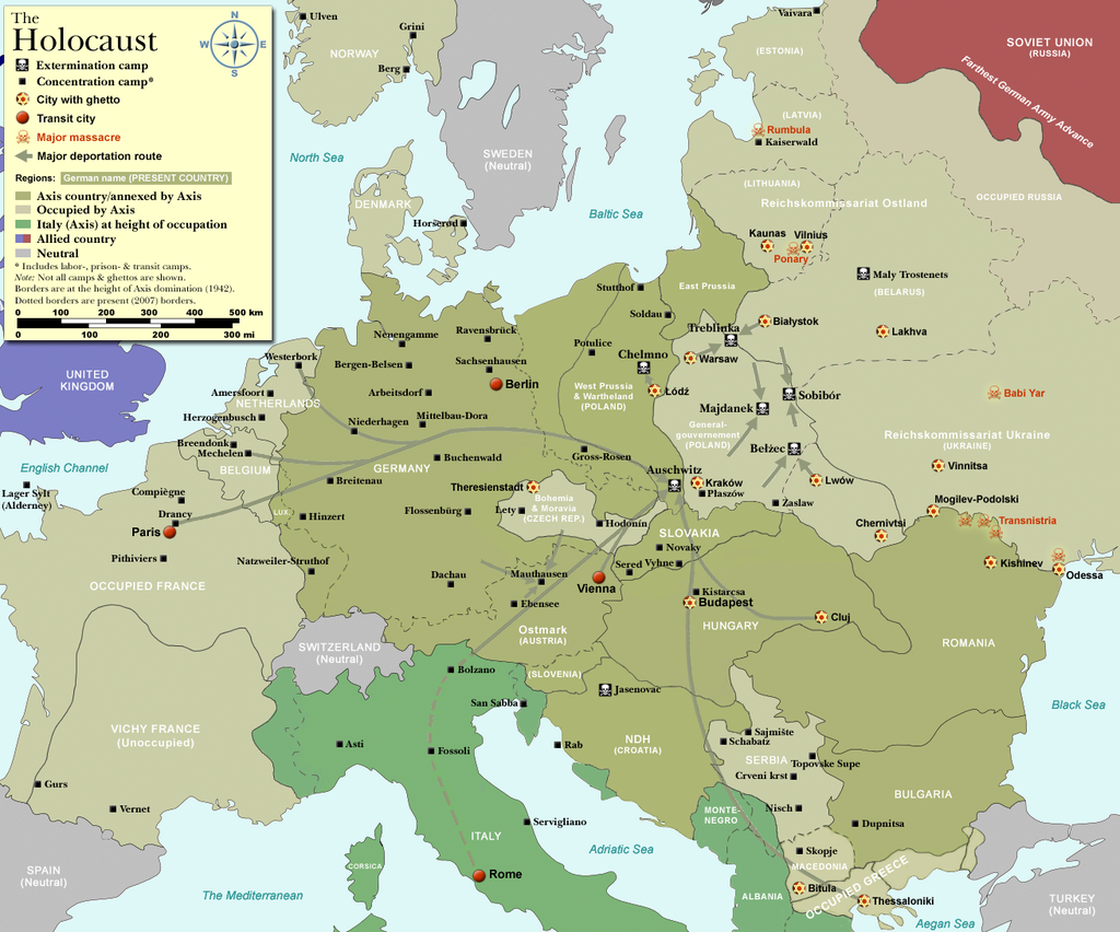 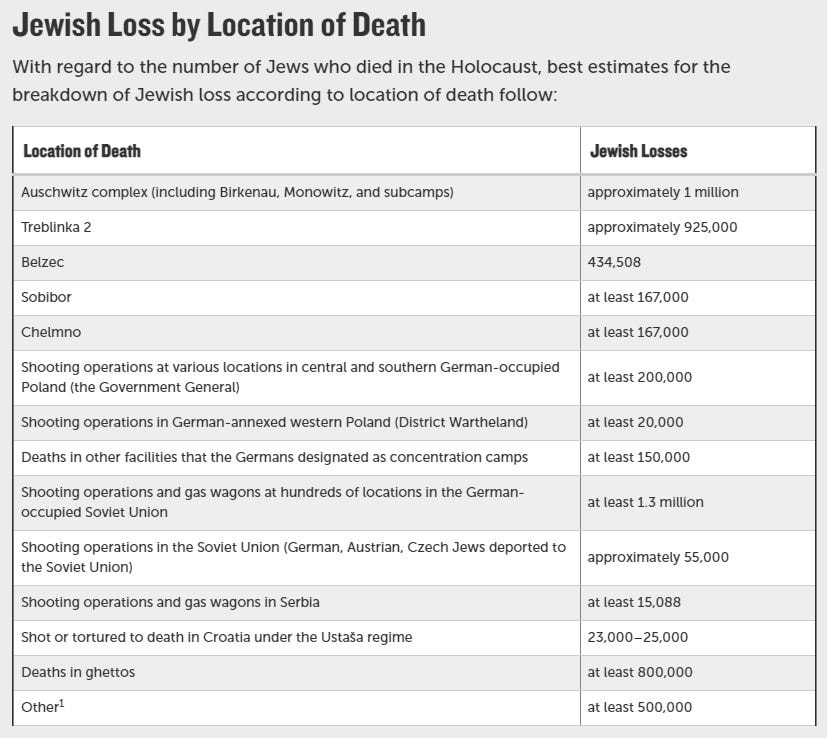 The first great turning point of the war was British General Bernard "Monty" Montgomery's defeat of German General Erwin Rommel's Africa Corps at the Battle of El Alamein, Egypt in October 1942. After driving Axis forces from Africa, Allied forces launched an invasion of Italy in 1943.

The major turning point of the war was the Soviet defeat of German forces at the Battle of Stalingrad during the winter of 1942-1943. 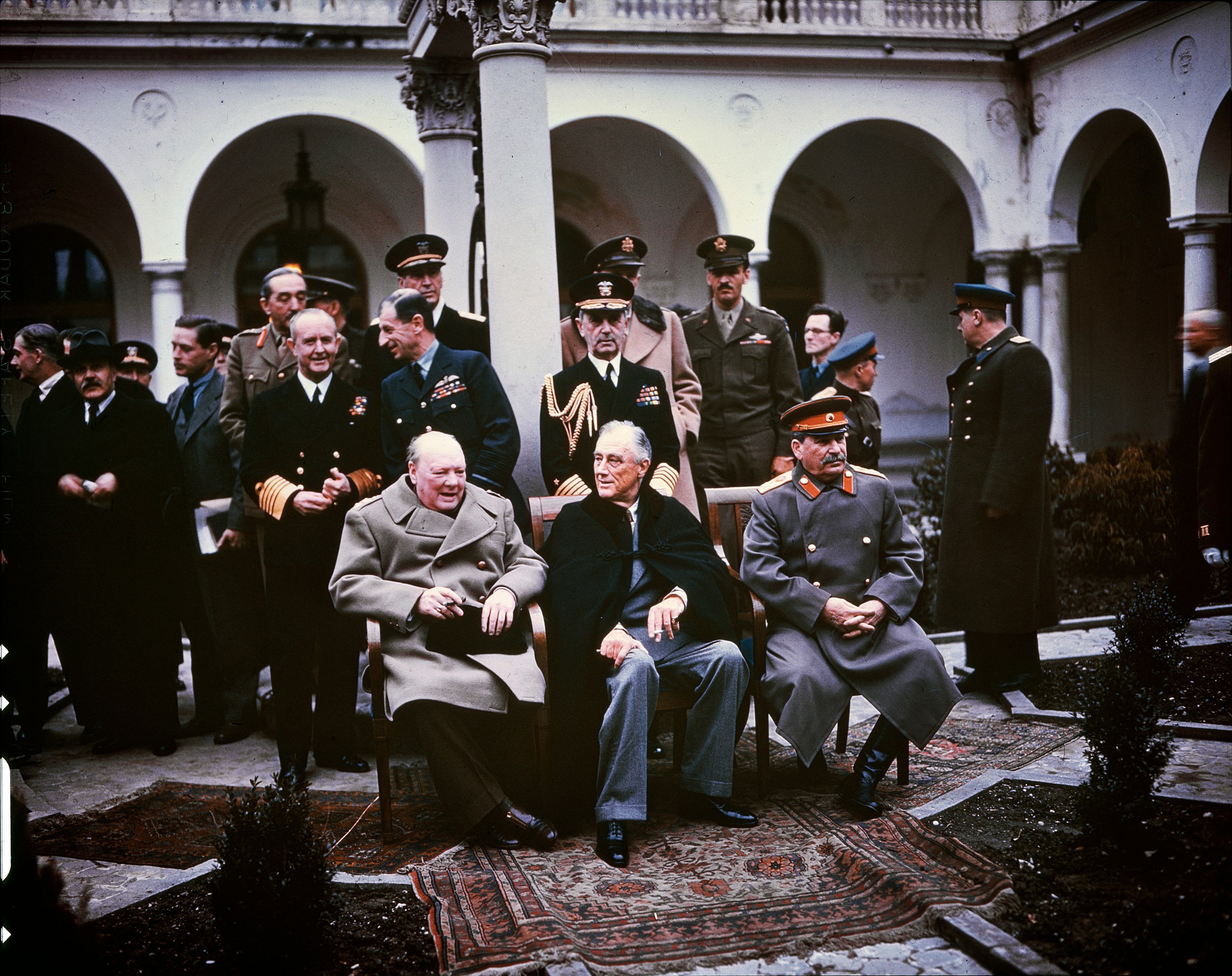 The Big Three - Churchill, FDR, and Stalin - first met at the Tehran, Iran Conference in November 1943, and again at the Yalta, Russia Conference in February 1945. 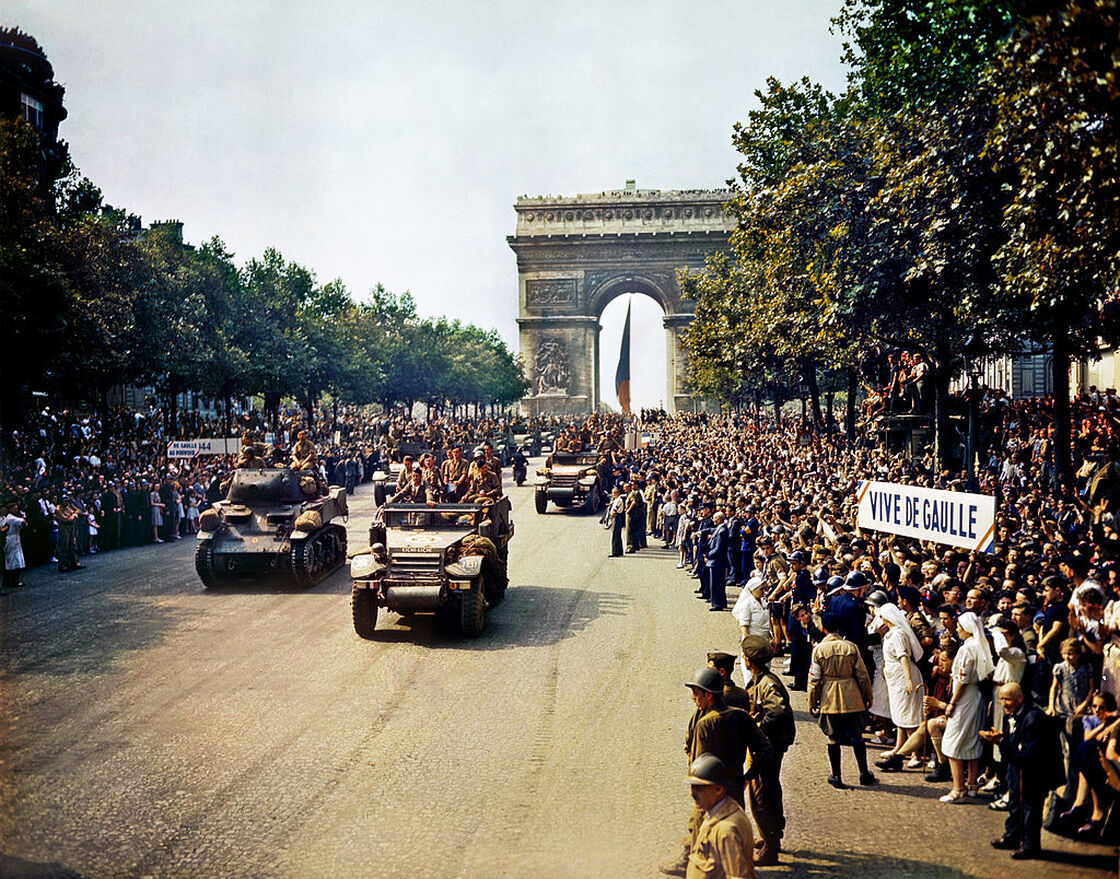 Allied forces liberated Paris shortly after American, British, and Canadian forces invaded Normandy, France on June 6, 1944. Soviet forces captured Berlin by April 1945. Germany surrendered on May 8, 1945, V-E (Victory in Europe) Day.
From February 13-15, 1945, 800 Allied bombers dropped 2,700 tons of explosives and incendiaries on Dresden, Germany, a major rail and road hub. Dresden’s destruction was intended to terrorize the civilian population and clog all transportation routes with throngs of refugees. An estimated 22,700 to 25,000 were killed. The U.S. bombing of Tokyo, Japan in March 1945 destroyed 16 square miles of the city and killed approximately 100,000 people in the single most destructive bombing raid in human history.
In April 1945, Soviet forces captured Berlin and met American and British forces along the Elbe River. On May 8, Germany surrendered and the deadliest conflict in history was over.
acc. PHILLIPS home
AP Euro home
1200-1450
1450-1648
1648-1815
1815-1914
1914-Today
World War I
World War II
Cold War
European Union