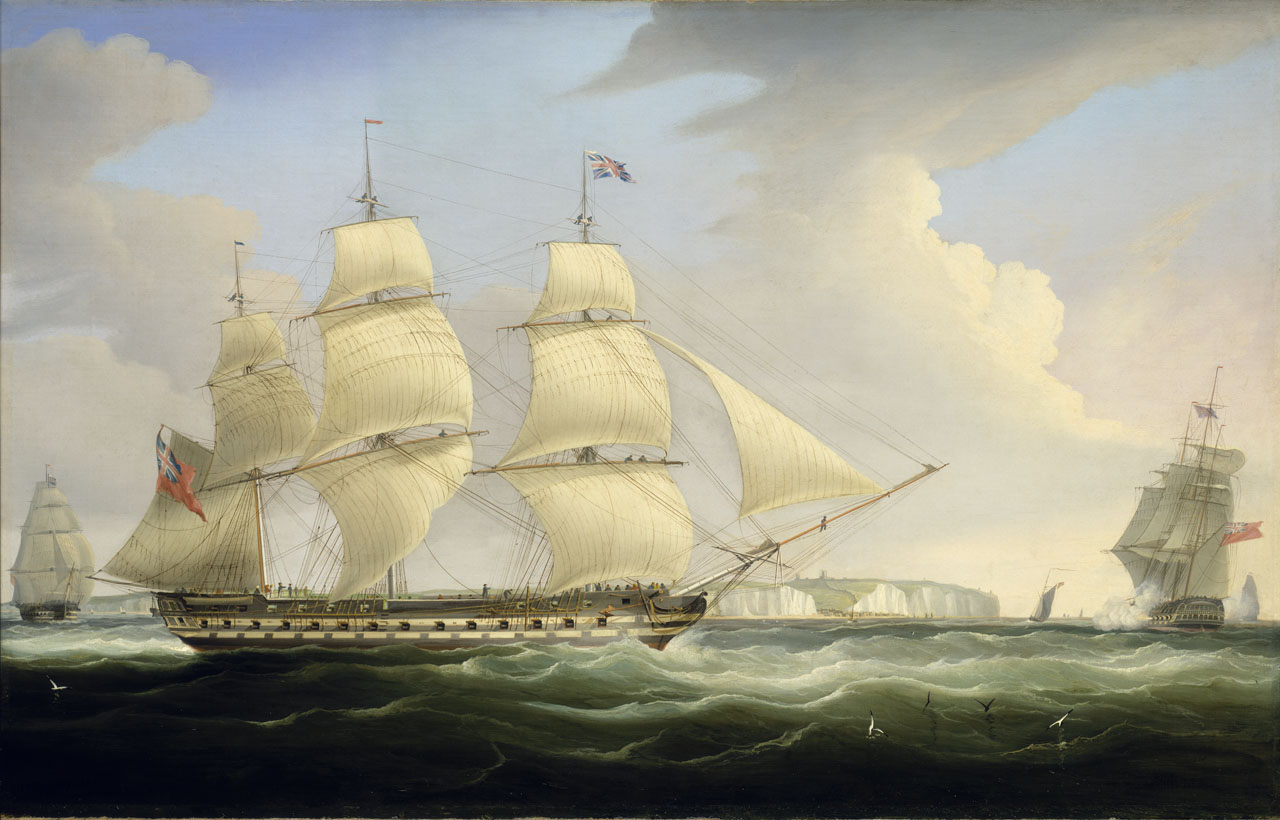 The East Indiaman Atlas made her first voyage in 1813. She was mounted with 26-guns and had a complement of 130 men at full strength. East Indiaman was a general name for any sailing ship belonging to the Austrian, Danish, Dutch, English, French, Portuguese, or Swedish East India trading companies.

The economic watershed of the 17th and 18th centuries was a historically unique passage from limited resources that made material want inescapable to self-generating economic growth that dramatically raised levels of physical and material well-being. European societies—first those with access to the Atlantic and gradually those to the east and on the Mediterranean—provided increasing percentages of their populations with a higher standard of living.

The gradual emergence of new economic structures that made European global influence possible both presupposed and promoted far-reaching changes in human capital, property rights, financial instruments, technologies, and labor systems. These changes included an availability of labor power, both in terms of numbers and in terms of persons with the skills (literacy, ability to understand and manipulate the natural world, physical health sufficient for work) required for efficient production along with institutions and practices that supported economic activity and provided incentives for it (new definitions of property rights and protections for them against theft or confiscation and against state taxation).

Accumulations of capital for financing enterprises and innovations, as well as for raising the standard of living and the means for turning private savings into investable or “venture” capital. Technological innovations in food production, transportation, communication, and manufacturing. A major result of these changes was the development of a growing consumer society that benefited from and contributed to the increase in material resources. At the same time, other effects of the economic revolution—including increased geographic mobility, transformed employer–worker relations, the decline of domestic manufacturing—eroded traditional community and family solidarities and protections.

European economic strength derived in part from the ability to control and exploit resources (human and material) around the globe. Mercantilism supported the development of European trade and influence around the world, which, in turn, encouraged overseas exploration, expansion, and conflicts. Internally, Europe divided more and more sharply between the societies engaging in overseas trade and undergoing the economic transformations sketched above (primarily countries on the Atlantic) and those (primarily in central and eastern Europe) with little such involvement. The eastern European countries remained in a traditional, principally agrarian, economy and maintained the traditional order of society and the state that rested on it.
​
Source: https://apcentral.collegeboard.org/pdf/ap-european-history-course-and-exam-description.pdf

By the end of the 18th century, it was evident that a high proportion of Europeans were better fed, healthier, longer lived, and more secure and comfortable in their material well-being than at any previous time ​in human history. ​

The legacies of the 16th-century population explosion, which roughly doubled the European population, were social disruptions and demographic disasters that persisted into the 18th century. Volatile weather in the 17th century harmed agricultural production. In some localities, recurring food shortages caused undernourishment that combined with disease to produce periodic spikes in mortality. By the 17th century, the European marriage pattern, which limited family size, became the most important check on population levels, although some couples also adopted birth control practices to limit family size.

By the middle of the 18th century, better weather, improvements in transportation, new crops and agricultural practices, less epidemic disease, and advances in medicine and hygiene allowed much of Europe to escape from the cycle of famines that had caused repeated demographic disaster. By the end of the 18th century, reductions in child mortality and increases in life expectancy constituted the demographic underpinnings of new attitudes toward children and families. Particularly in western Europe, the demographic revolution, along with the rise in prosperity, produced advances in material well-being that did not stop with the economic: greater prosperity was associated with increasing literacy, education, and rich cultural lives (the growth of publishing and libraries, the founding of schools, and the establishment of orchestras, theaters, and museums).

By the end of the 18th century, it was evident that a high proportion of Europeans were better fed, healthier, longer lived, and more secure and comfortable in their material well-being than at any previous time in human history. This relative prosperity was balanced by increasing numbers of the poor throughout Europe, who strained charitable resources and alarmed government officials and local communities.

​Objective: Explain the factors contributing to and the consequences of demographic changes from 1648 to 1815. 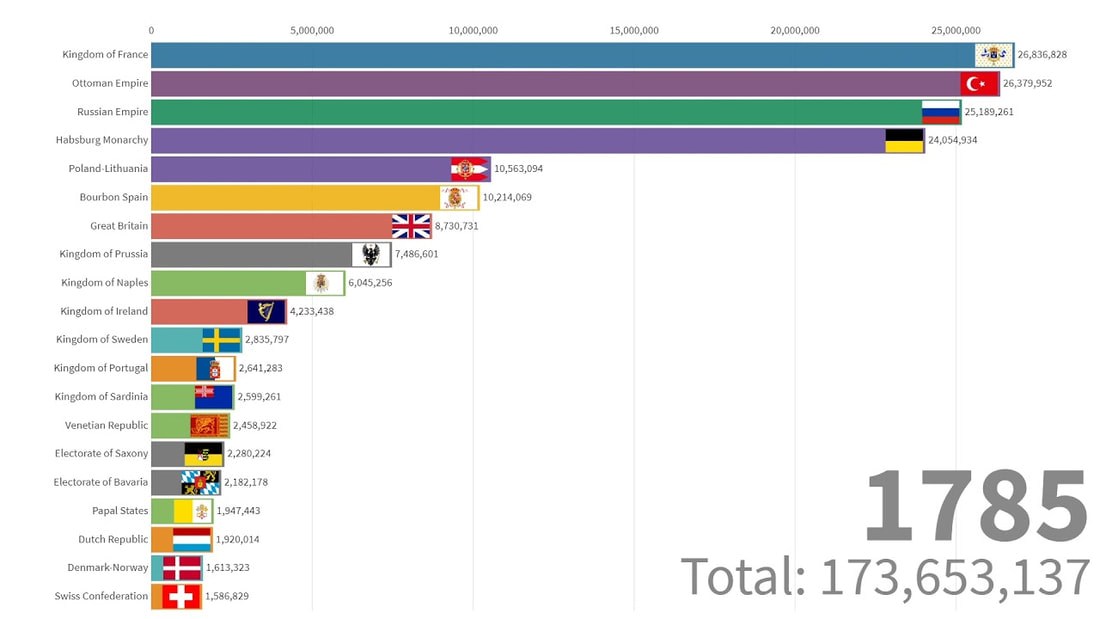 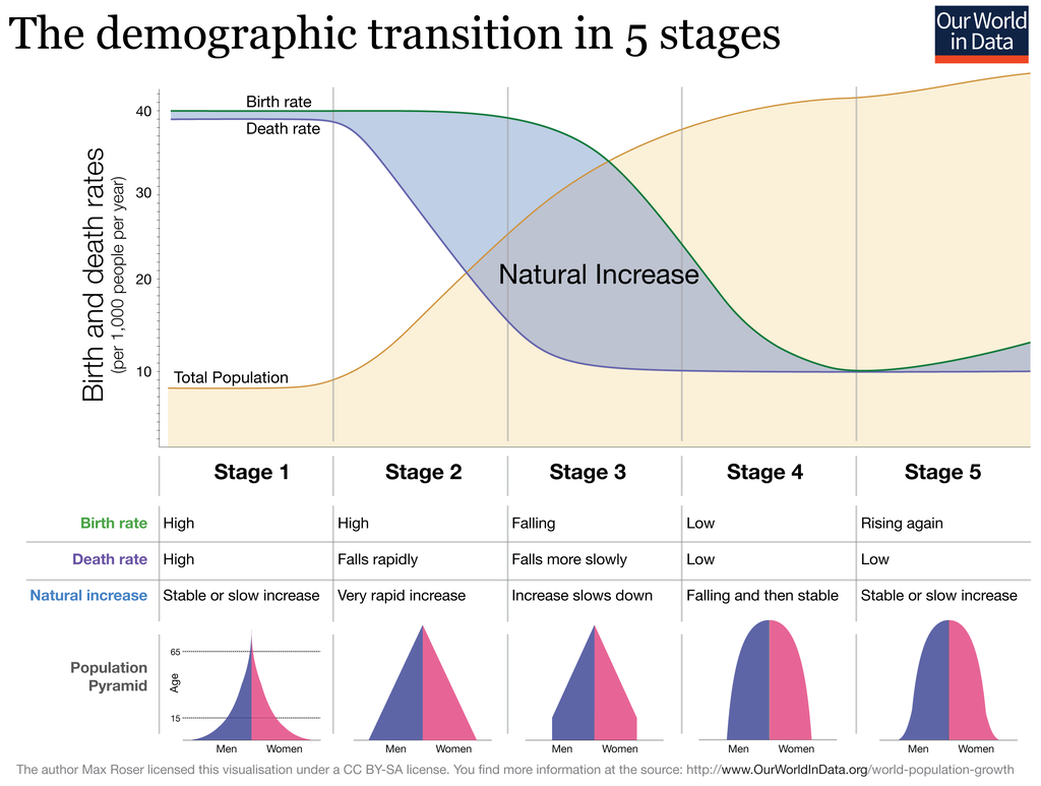 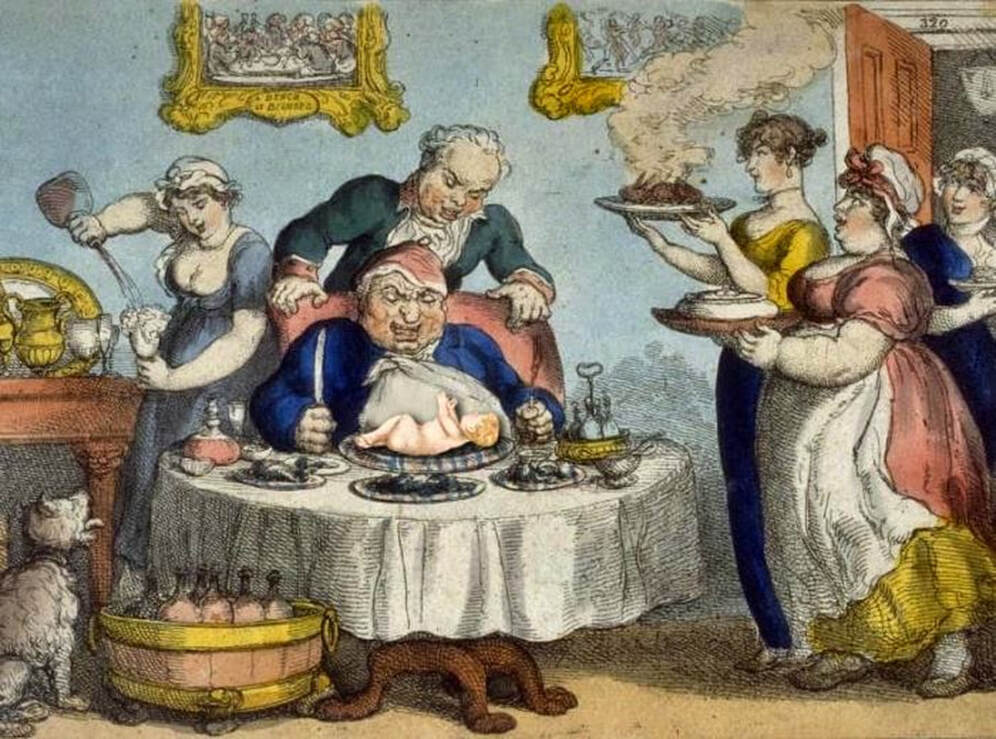 "I have been assured ... that a young healthy child well nursed is, at a year old, a most delicious nourishing and wholesome food, whether stewed, roasted, baked, or boiled  ..."

In the satire A Modest Proposal (1729), Jonathan Swift suggests that the poverty-stricken in overpopulated Ireland sell their children as food for rich gentlemen and ladies.
​ 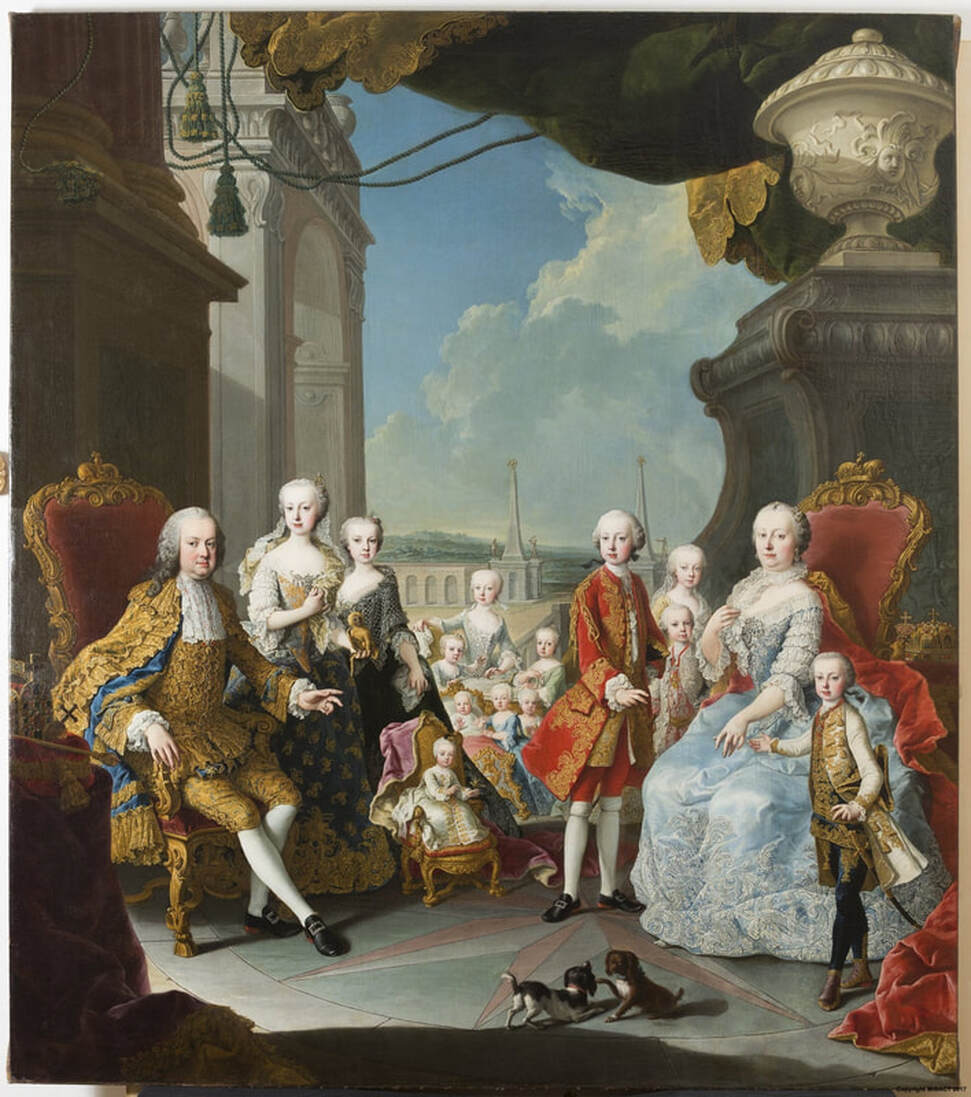 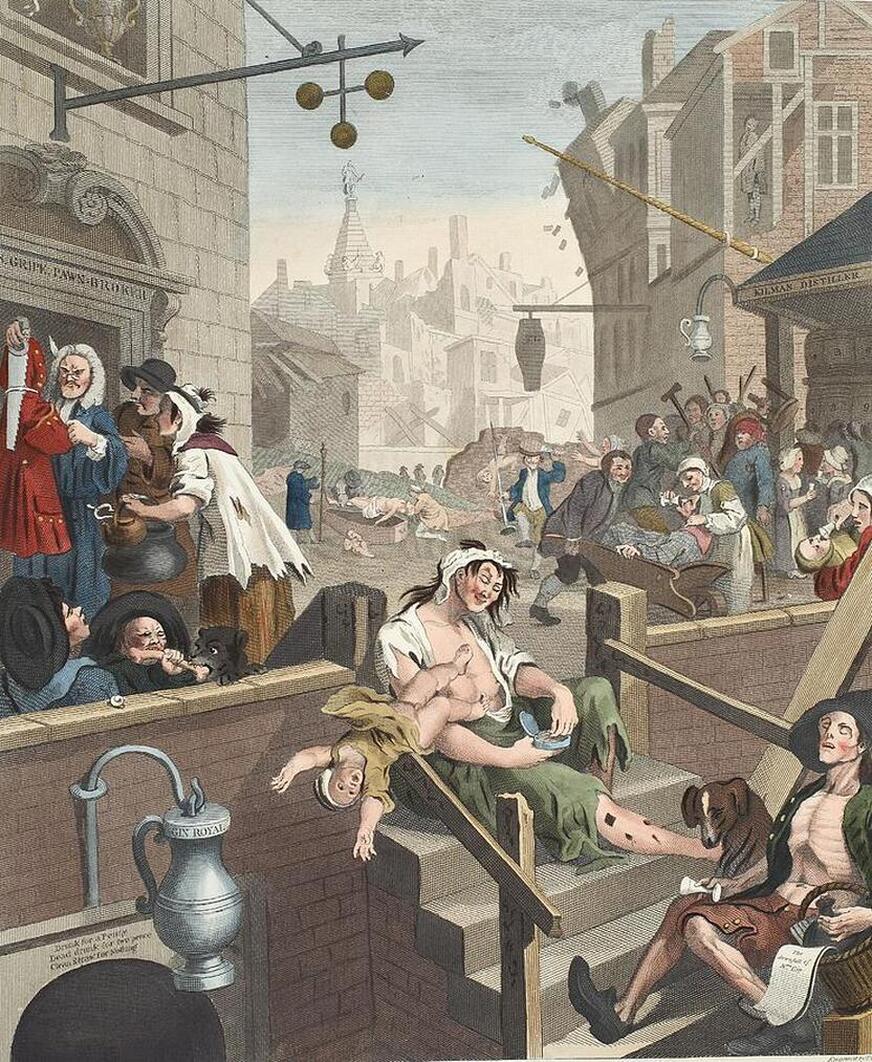 Gin Lane (1751) by William Hogarth ​depicts the squalor and despair of a community raised on gin showing shocking scenes of infanticide, starvation, madness, decay and suicide.  The mother in the foreground, addled by gin and driven to prostitution (as evidenced by the syphilitic sores on her legs) lets her baby slip from her arms and plunge to its death.  This was not such an exaggeration: in 1734, Judith Dufour reclaimed her two-year-old child from the workhouse where it had been given a new set of clothes; she then strangled it and left the infant's body in a ditch so that she could sell the clothes to buy gin. 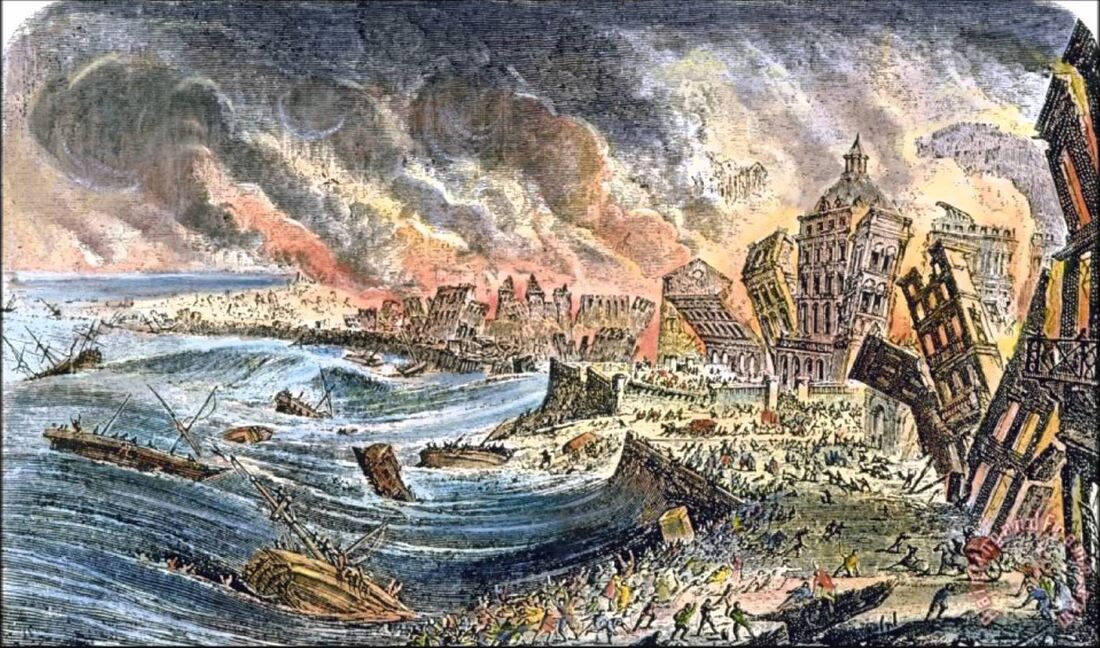 The Great Lisbon earthquake of 1755, the largest natural catastrophe ever recorded in Europe, killed an estimated 30,000-50,000 people. Occurring on All Saints' Day, a major Catholic religious holiday, it was interpreted as divine punishment by many and led to questioning of religion by philosophes during the Enlightenment. 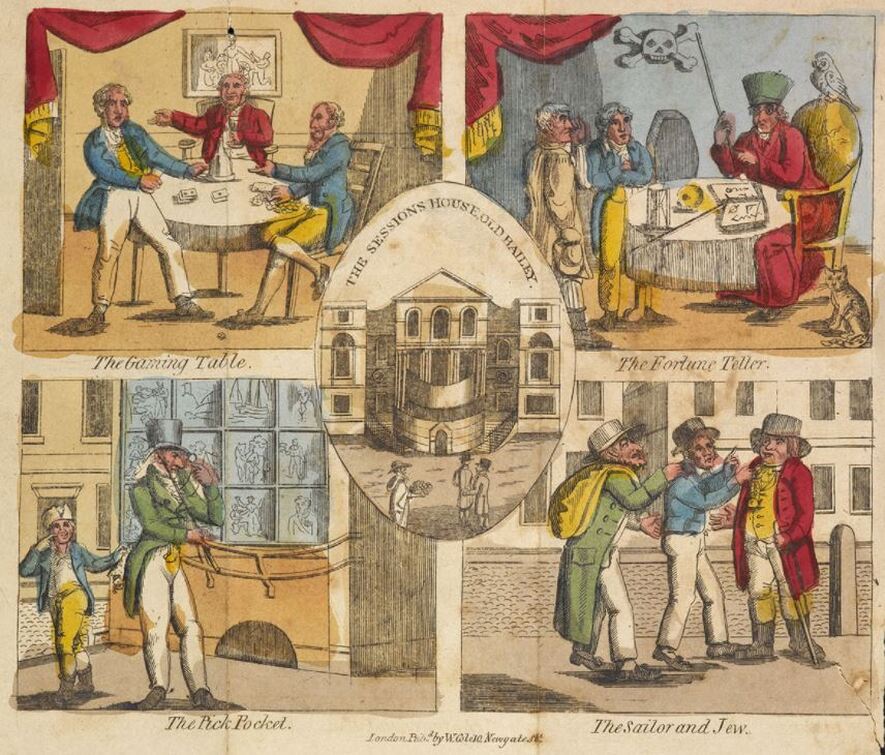 The Frauds of London - the Gaming Table, the Fortune Teller, the Pick Pocket, the Sailor and Jew 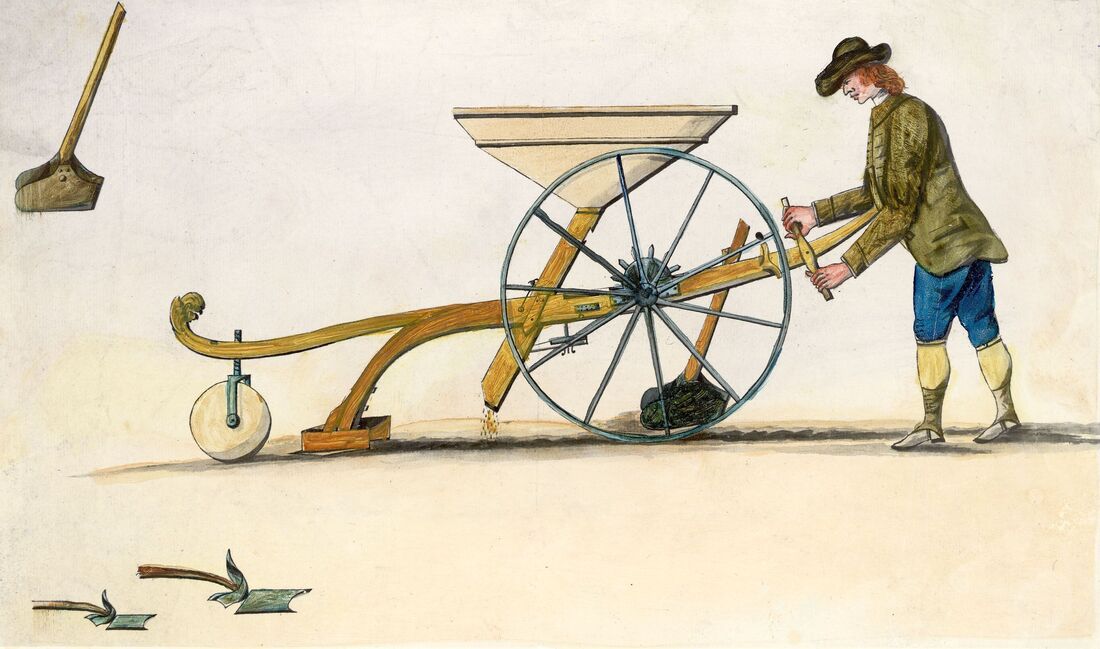 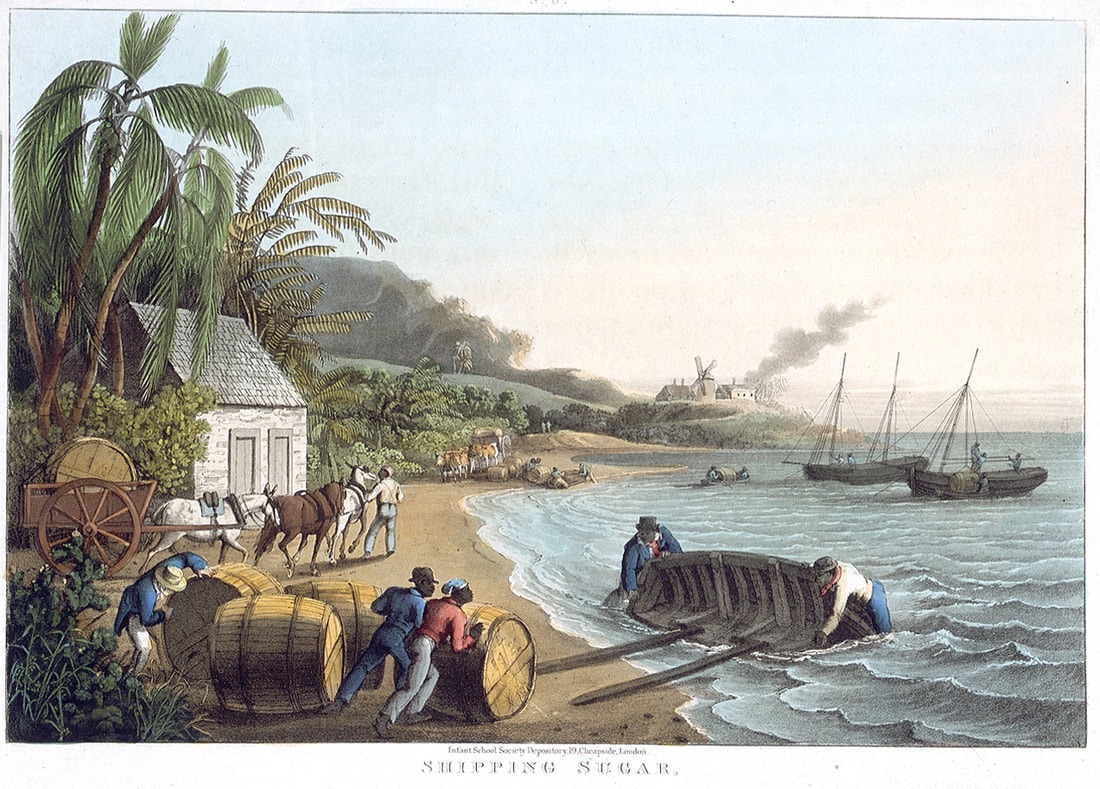 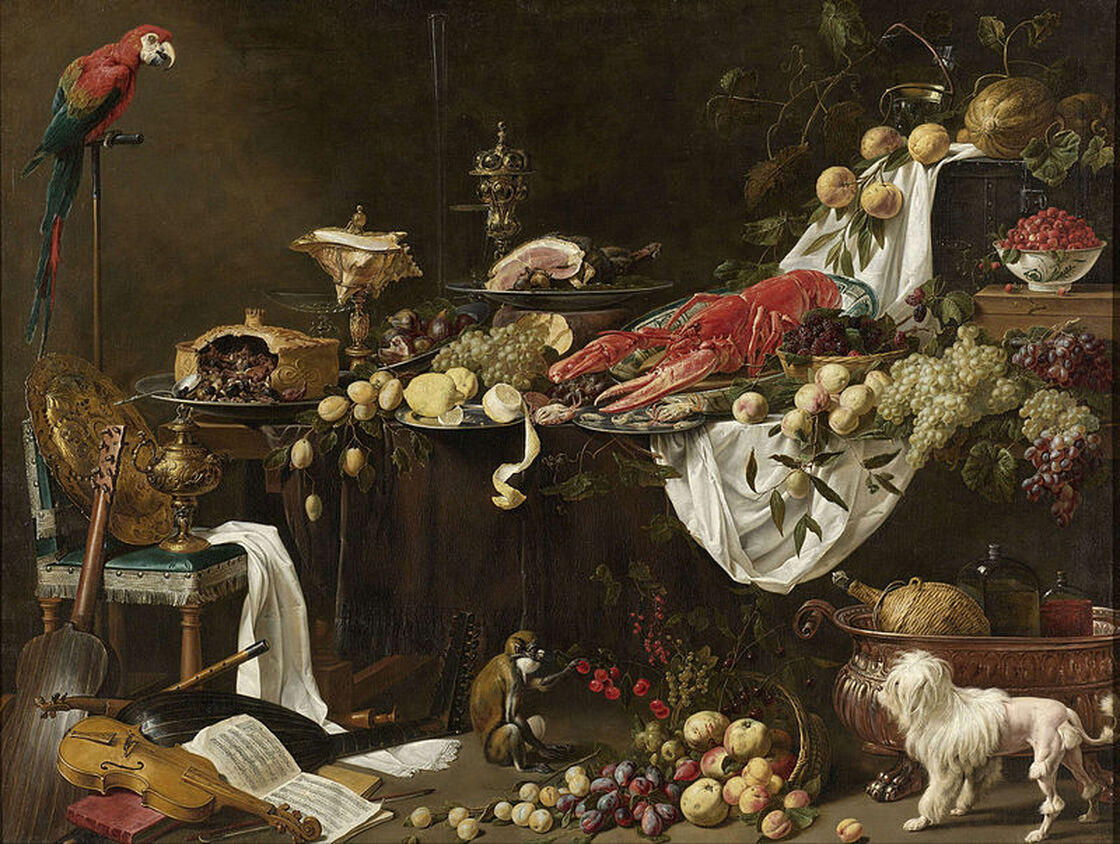 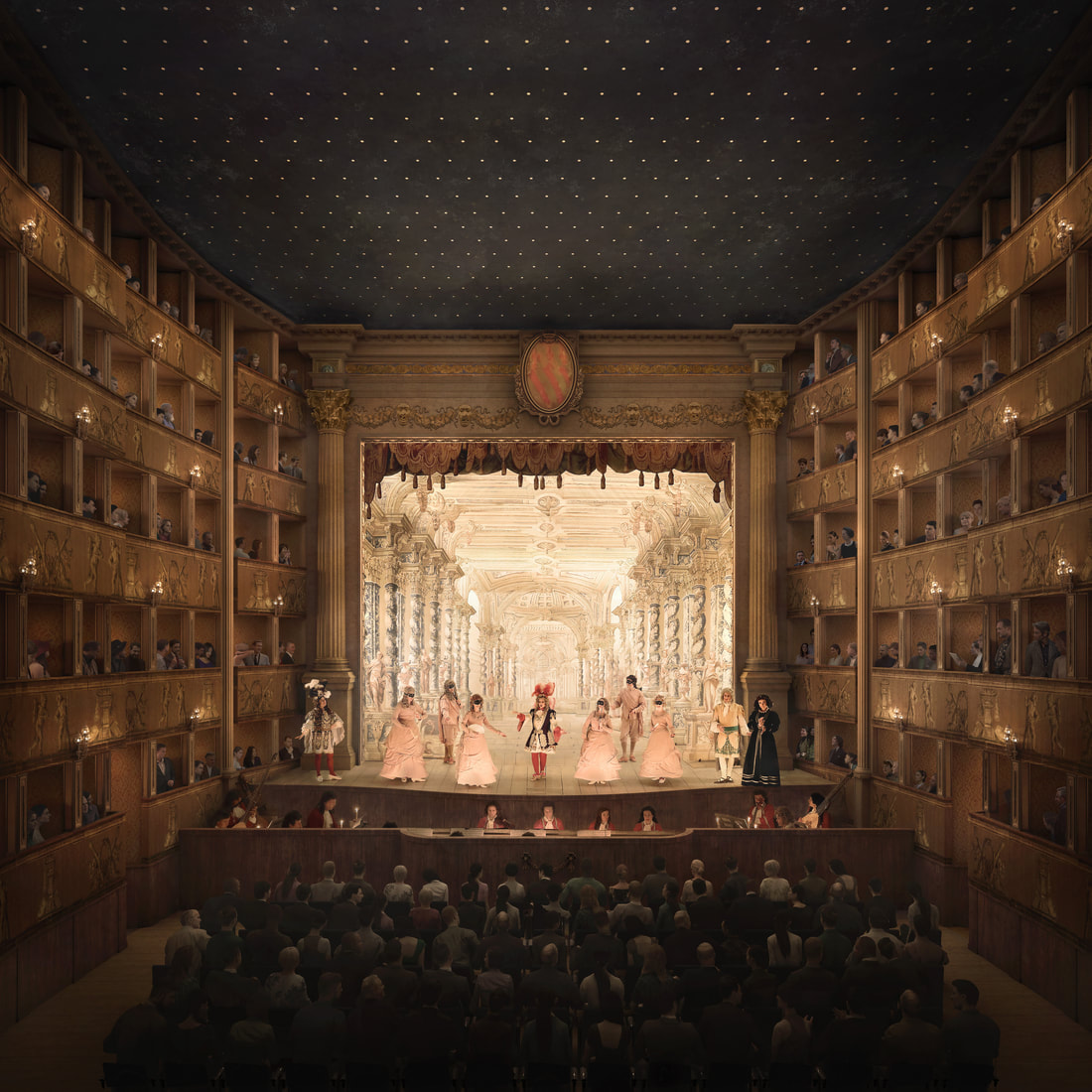 visualization of Teatro San Cassiano in Venice, the world's first public opera house which opened in 1637 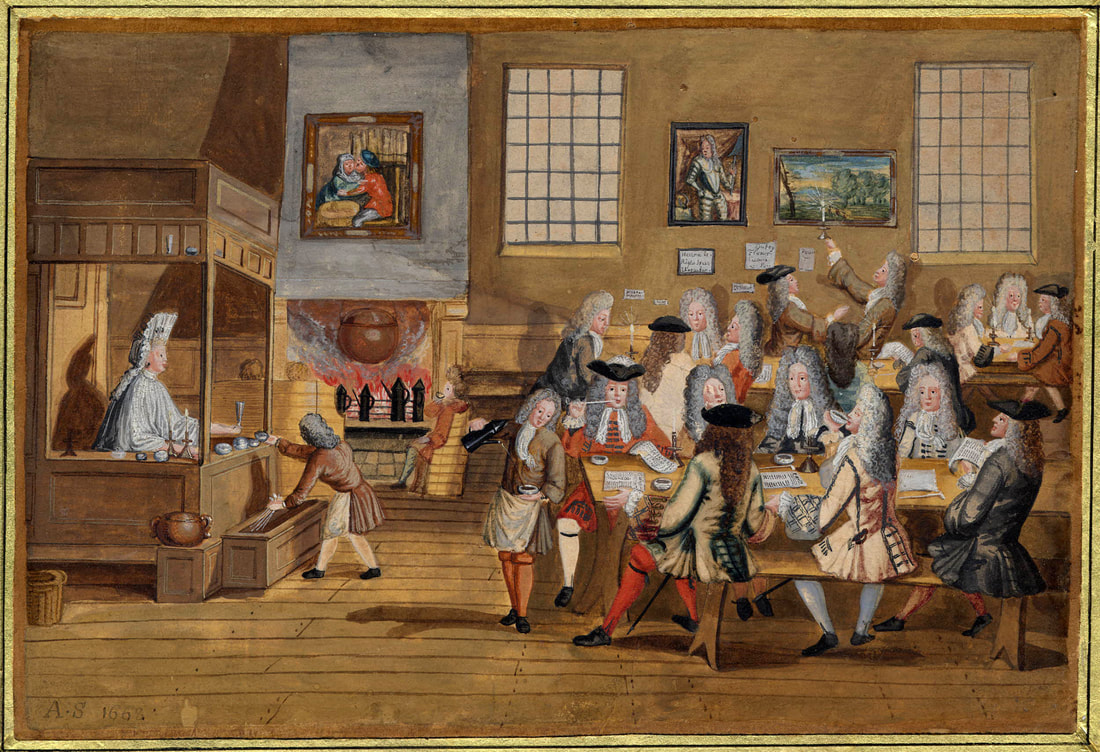 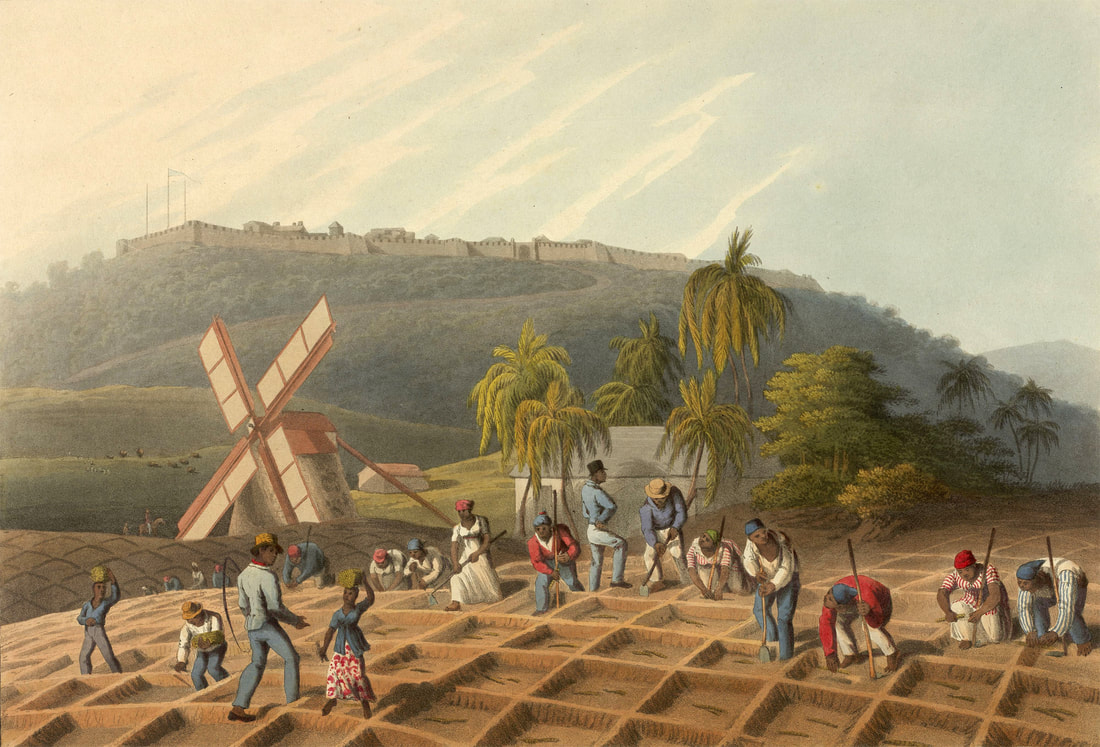 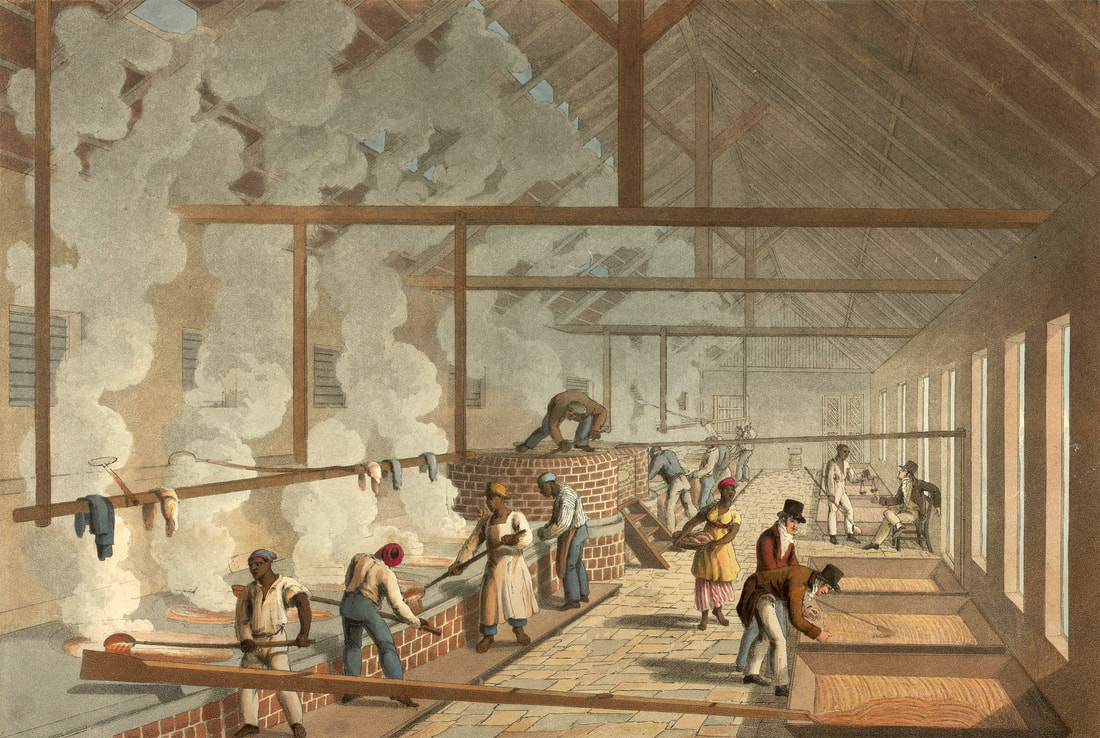 ‘Interior of a boiling house in Antigua’ by William Clark (1823) shows an idealised version of what work was like on a sugar plantation. None of the everyday hardships or violence of slavery are shown.

Objective: ​Explain the causes and consequences of European maritime competition from 1648 to 1815. 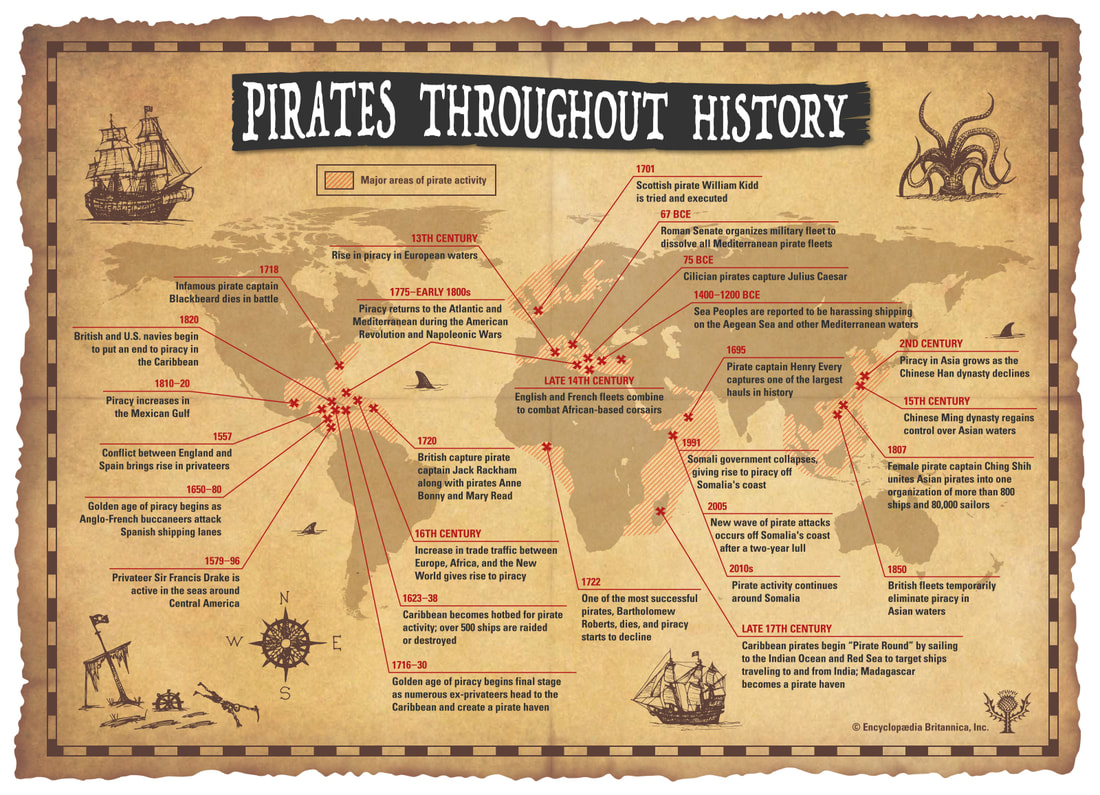 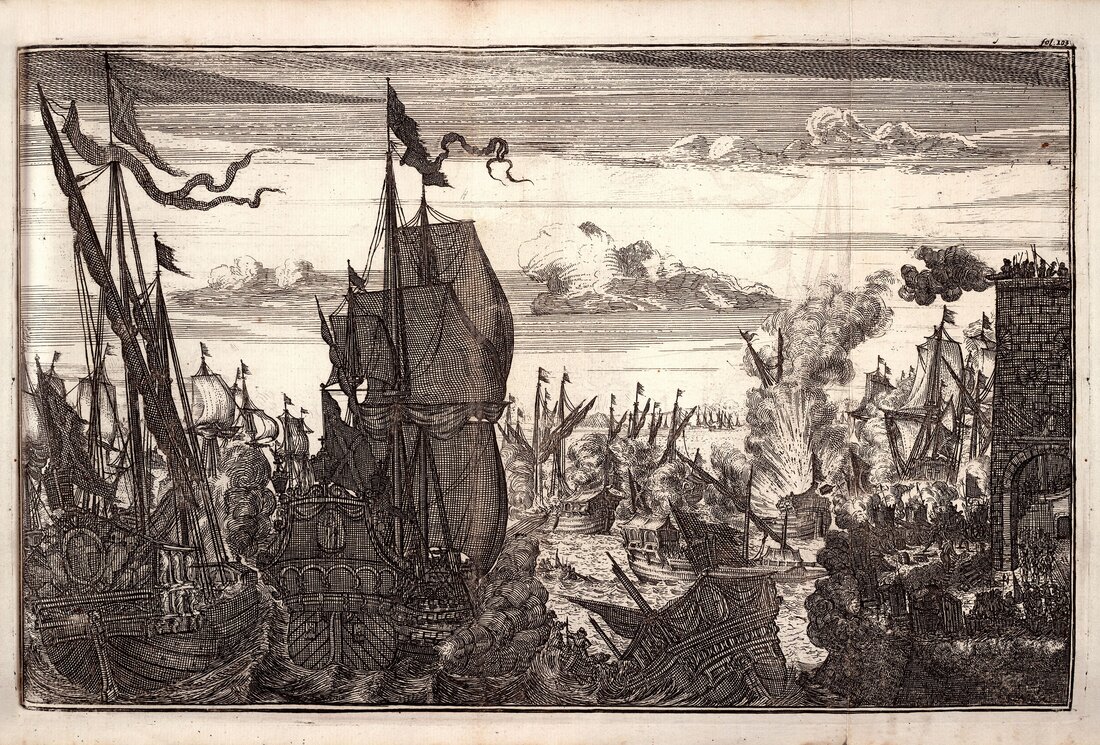 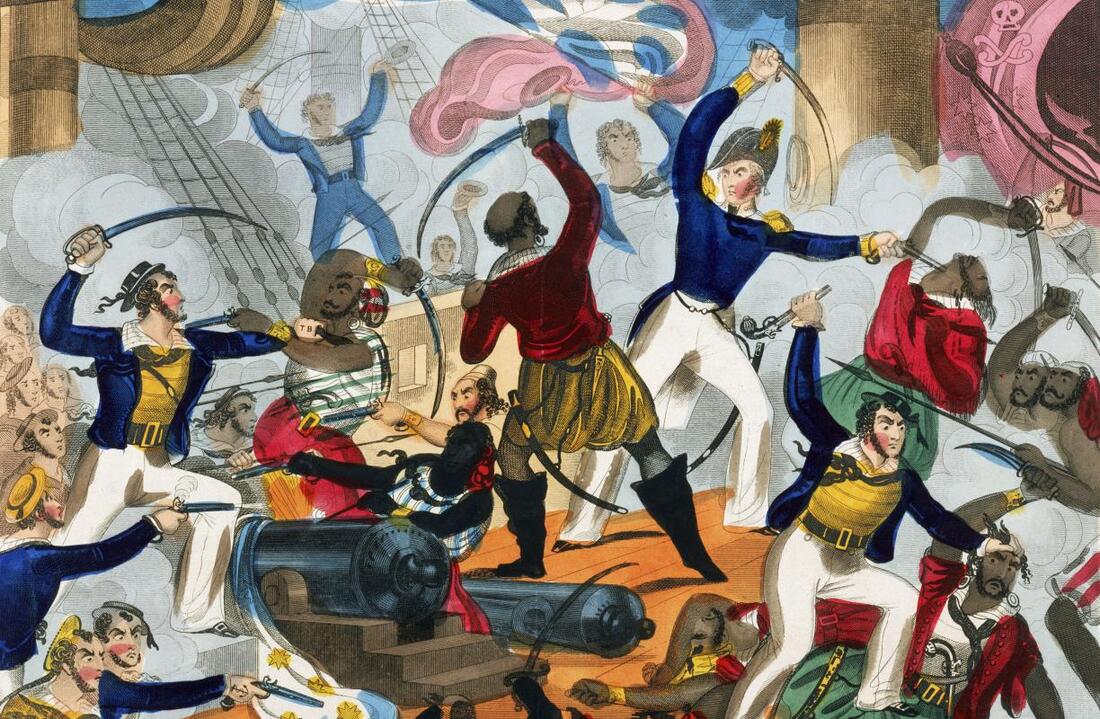