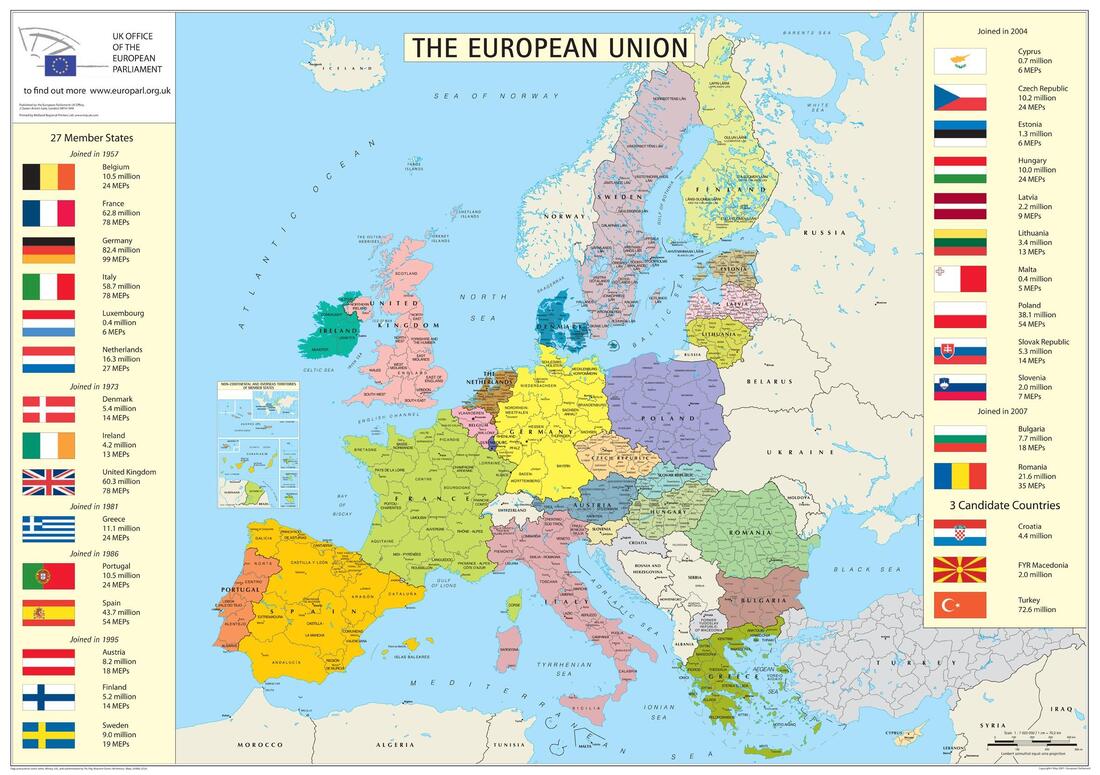 The success of the Common Market inspired Europeans to work toward a closer political and economic unity, including a European executive body and Parliament.

In the post–World War II period, states in both Eastern and Western Europe increased their involvement in citizens’ economic lives. In the West this came through social welfare programs and the expansion of education, while Eastern European nations were heavily regulated in planned economies directed by the Soviet Union.

The Cold War promoted political and economic unity in Western Europe, leading to the establishment of a succession of ever-more comprehensive organizations for economic cooperation. In 1957, six countries formed the Common Market, which soon began to expand its membership to include other European states. The success of the Common Market inspired Europeans to work toward a closer political and economic unity, including a European executive body and Parliament. The founding of the European Union in 1991 at Maastricht included the agreement to establish the euro as a common currency for qualifying member states.

With the collapse of communism and the fall of the Soviet Union in the early 1990s, the Western European democracies celebrated the triumph of their political and economic systems, and many of the former communist states sought admission into the European Union and NATO. By the late 1990s, it became evident that the transition from communism to capitalism and democracy was not as simple as it first appeared to be, with Western Europe experiencing difficulties because of economic recession and the extension of social welfare programs.

Immigration created large populations of poor and isolated minorities, which occasionally rioted because of discrimination and economic deprivation. As European governments tried to solve these problems, the apparently permanent presence of the immigrants challenged old notions of European identity.

The disruptions of two total wars, the reduction of barriers to migration within Europe because of economic integration, globalization, and the arrival of new permanent residents from outside Europe changed the everyday lives of Europeans in significant ways. For the first time, more people lived in cities than in rural communities. Economic growth—although interrupted by repeated wars and economic crises—generally increased standards of living, leisure time (despite the growing number of two-career families), educational attainment, and participation in mass cultural entertainments.

The collapse of the birth rate to below replacement levels enhanced the financial well-being of individual families even as it reduced the labor force. To support labor-force participation and encourage families, governments instituted family policies supporting child care and created large-scale guest-worker programs. Europe’s involvement in an increasingly global economy exposed its citizens to new goods, ideas, and practices. Altogether, the disruptions of war and decolonization led to new demographic patterns—a population increase followed by falling birth rates and the immigration of non-Europeans—and to uncertainties about Europeans’ cultural identity.

Even before the collapse of communism and continuing afterward, a variety of groups on both the left and right began campaigns of terror in the name of ethnic or national autonomy, or in radical opposition to free-market ideology. Other groups worked within the democratic system to achieve nationalist and xenophobic goals.

By the 1960s, the rapid industrialization of the previous century had created significant environmental problems. Environmentalists argued that the unfettered free-market economy could lead Europe to ecological disaster, and they challenged the traditional economic and political establishment with demands for sustainable development sensitive to environmental, aesthetic, and moral constraints. At the same time, a generation that had not experienced either economic depression or total war came of age and criticized existing institutions and beliefs while calling for greater political and personal freedom. These demands culminated with the 1968 youth revolts in Europe’s major cities and in challenges to institutional authority structures, especially those of universities. Feminist movements gained increased participation for women in politics, and before the end of the century, several women became heads of government or state. Women’s organizations and movements continued to advocate for other causes, such as equal pay, women’s health care issues, and increased child care subsidies.

During the second half of the century, immigrants from around the globe streamed into Europe, and by the new millennium Europeans found themselves living in multiethnic and multi-religious communities. Immigrants defied traditional expectations of integration and assimilation and expressed social values different from 20th-century Europeans. Many Europeans refused to consider the newcomers as true members of their society. In the early 21st century, Europeans continued to wrestle with issues of social justice and how to define European identity.

The EU and Russia 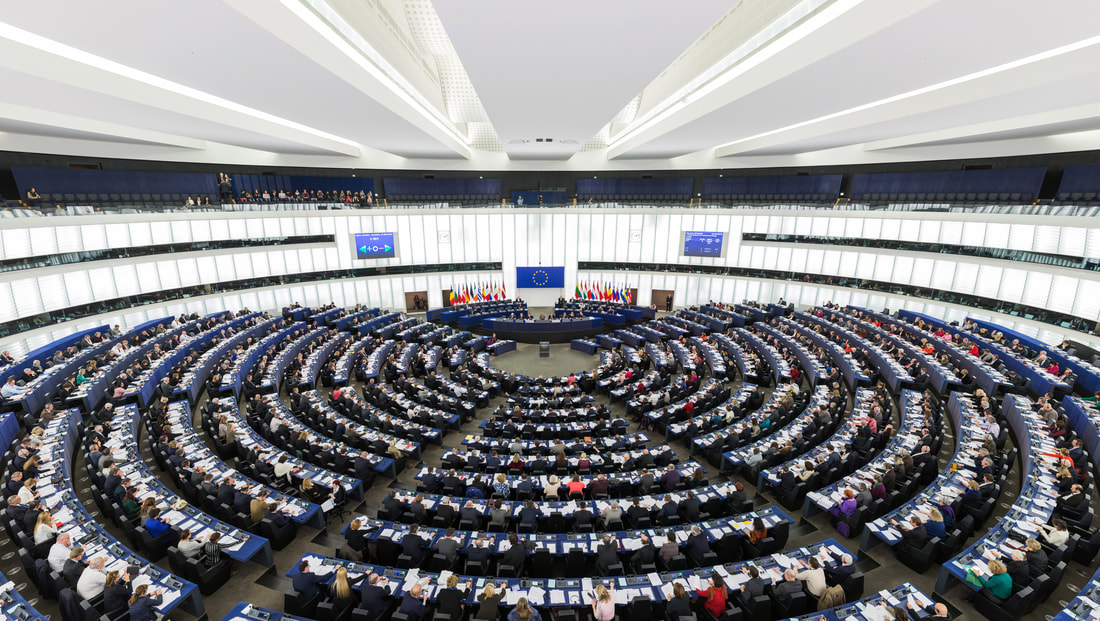 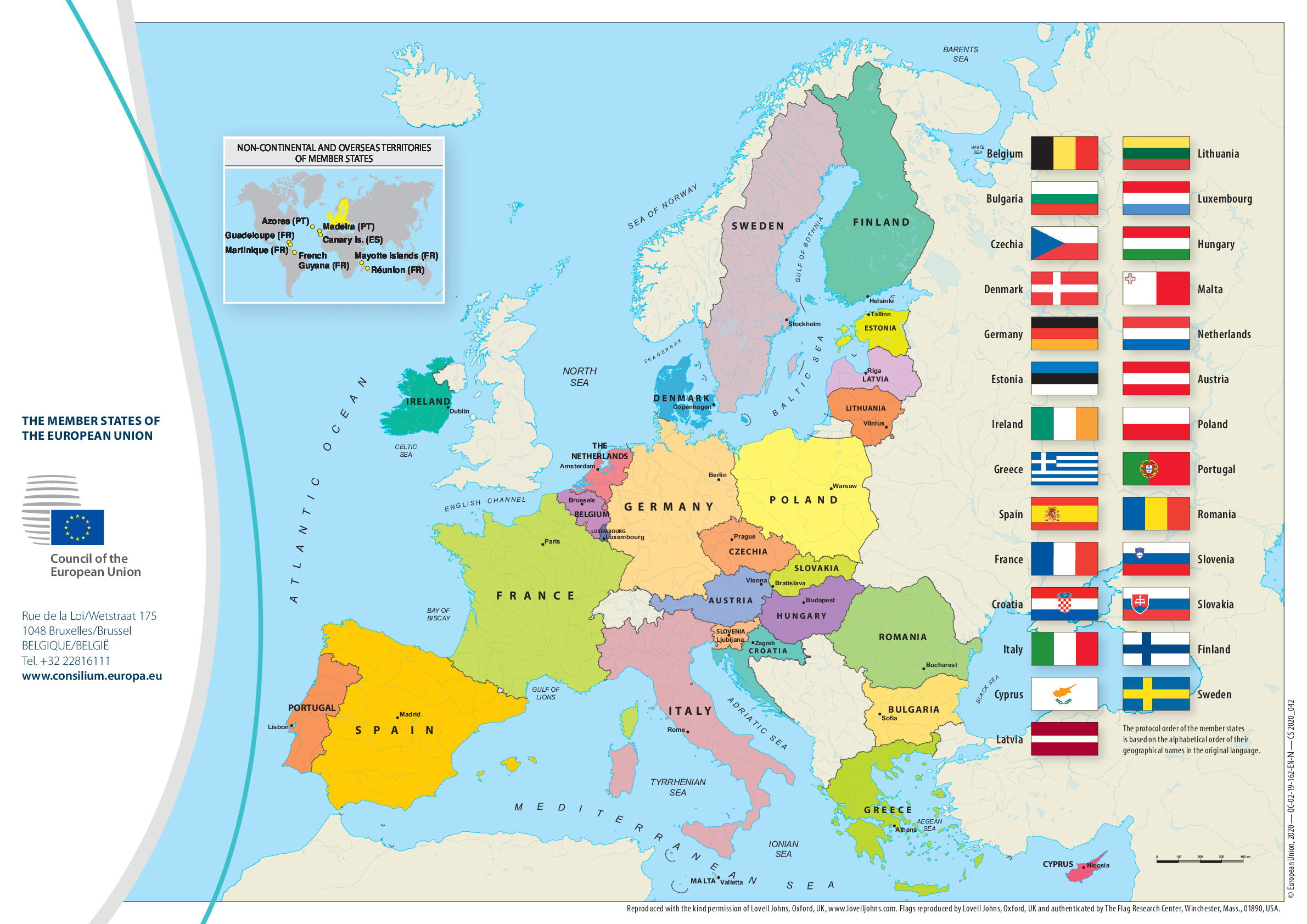 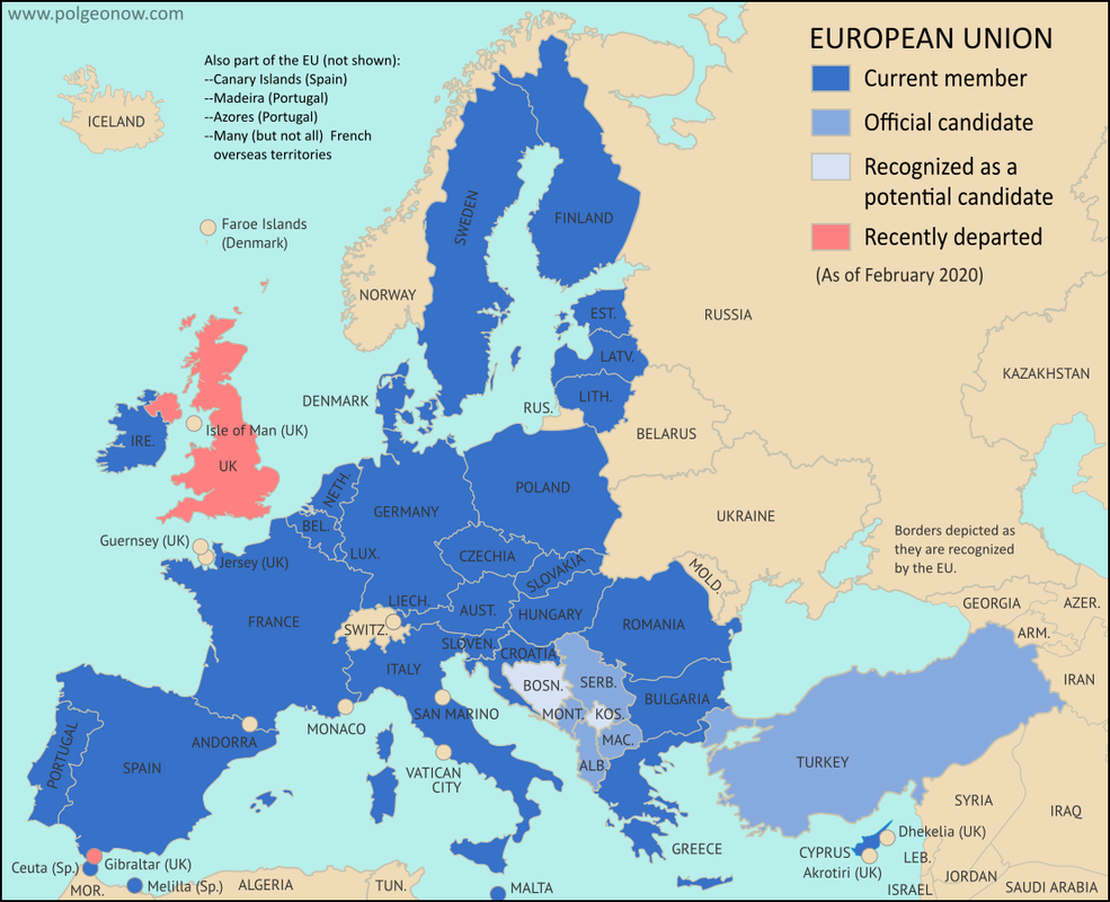 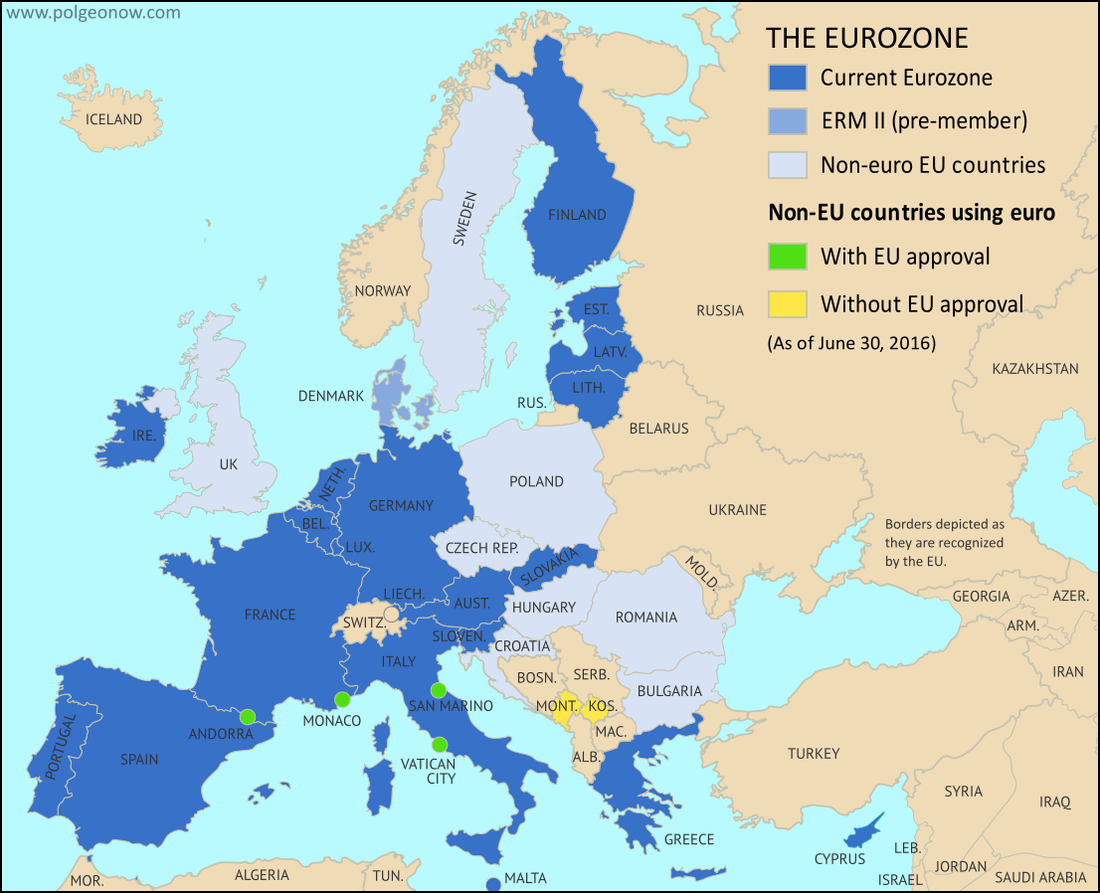 The COVID-19 pandemic in Europe began with Italy. When Italian hospitals were rapidly overwhelmed, Italy was the first nation to implement a near total lockdown in a country that usually receives over 62 million tourists per year. Like the rest of the world, Europe has suffered great loss of life and severe financial repercussions as a result of the pandemic. 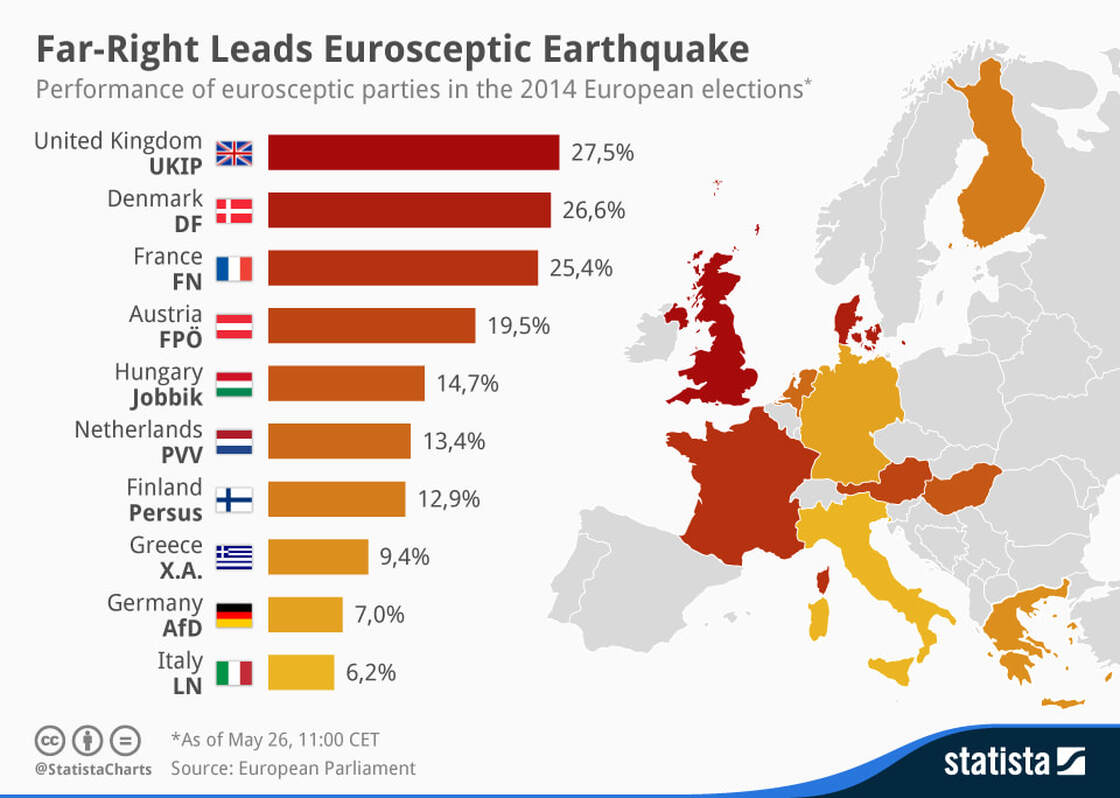 British anti-immigrant nationalist Enoch Powell gave his notorious 1968 Rivers of Blood speech during the debate over a race relations bill.
Conflicts in African and the Middle East led to a humanitarian disaster as a flood of immigrants crossed the Mediterranean into Europe during the 2015 Refugee Crisis.
Critics of the right-wing Alternative for Germany have accused the Islamophobic organization of neo-Nazism. 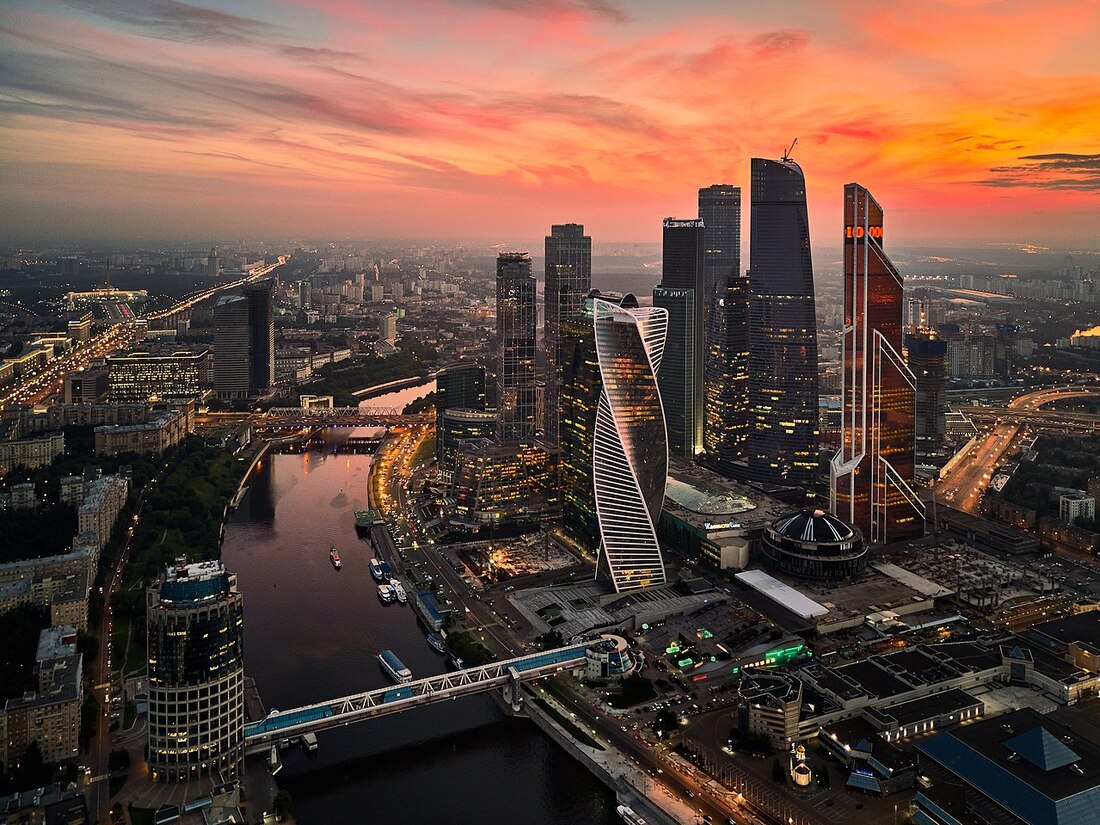 The still under construction Moscow International Business Center is home to $12 billion of newly constructed skyscrapers. However, much of the office space sits empty
In February 2022, Vladimir Putin ordered a full-scale Russian invasion of Ukraine that was met with heavy resistance led by Ukrainian president Volodymyr Zelenskyy.

Objective: Explain the causes and effects of mass atrocities in the period following World War II to the present. 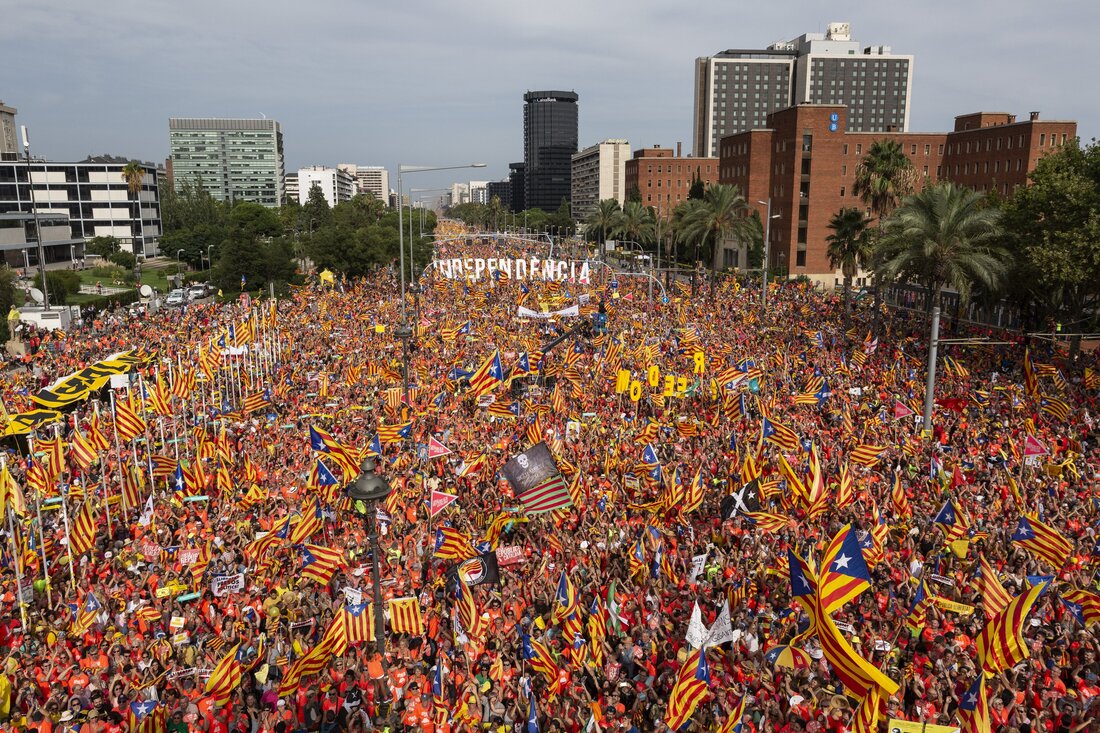 rally for Catalan independence from Spain held in Barcelona in 2012
The Irish Troubles came to a negotiated end with the 1998 Good Friday Agreement, but were followed by the terrible Omagh bombing carried out by elements of the Real Irish Republican Army who were unhappy with the peace deal. 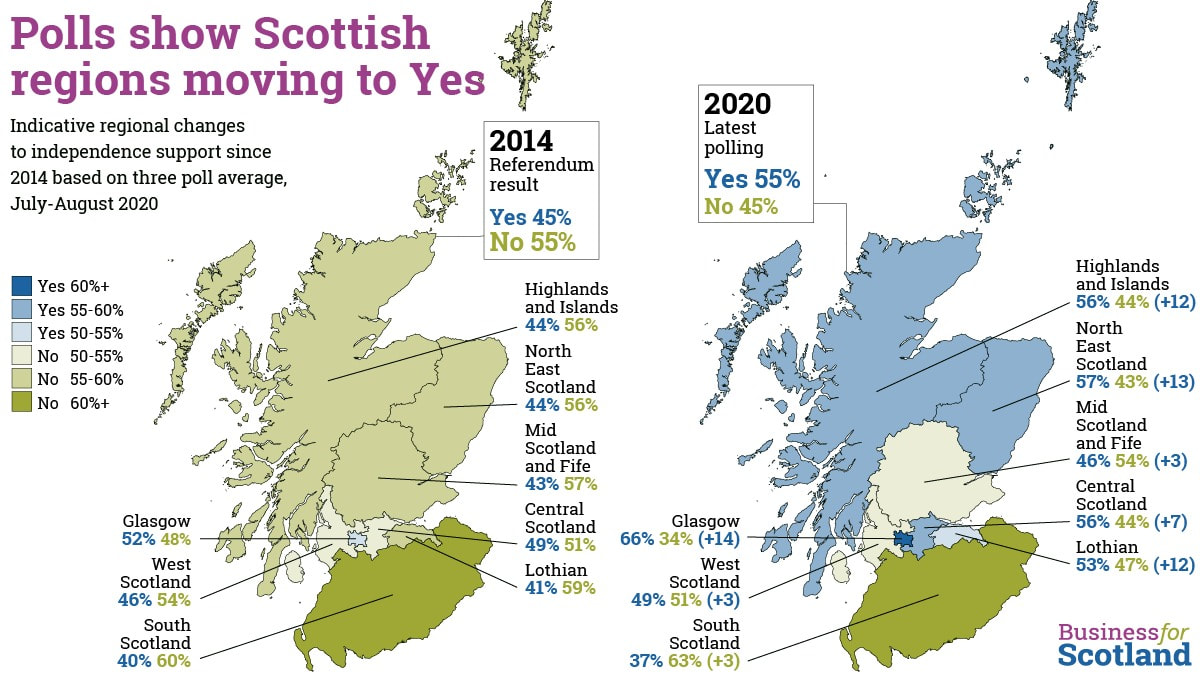 A referendum on Scottish independence from the United Kingdom failed in 2014. However, support for independence has dramatically increased following Britain's withdrawal from the European Union in 2020.

Al-Qaeda inspired bombings were carried out in Madrid and London during the early 2000s. 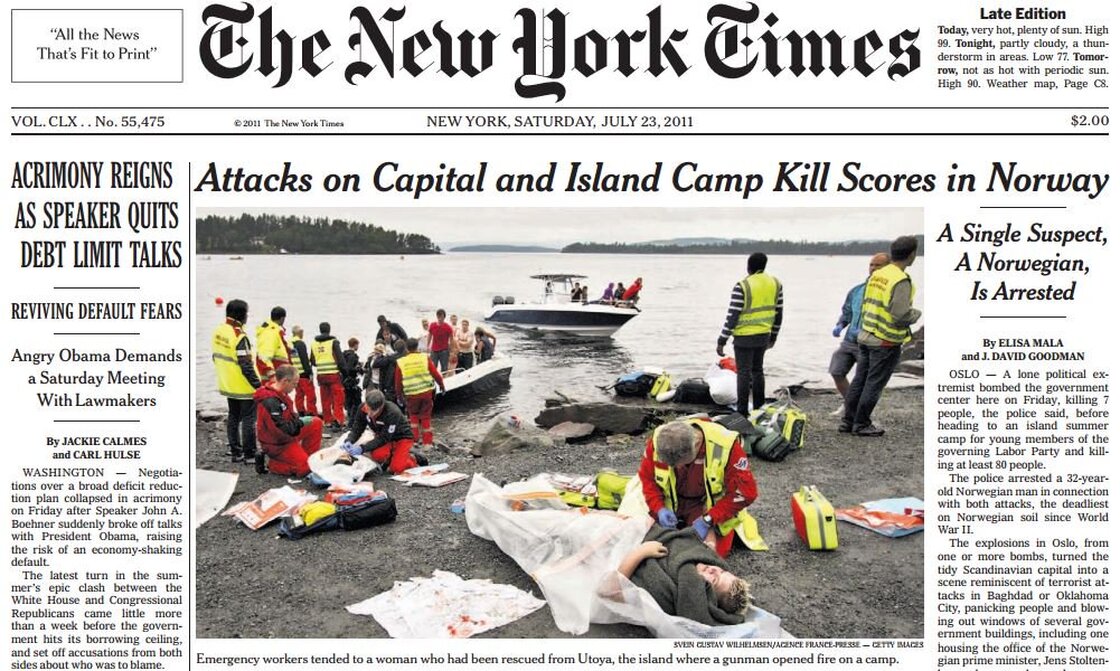 Objective: Explain how innovation and advances in technology influenced cultural and intellectual developments in the period 1914 to the present. 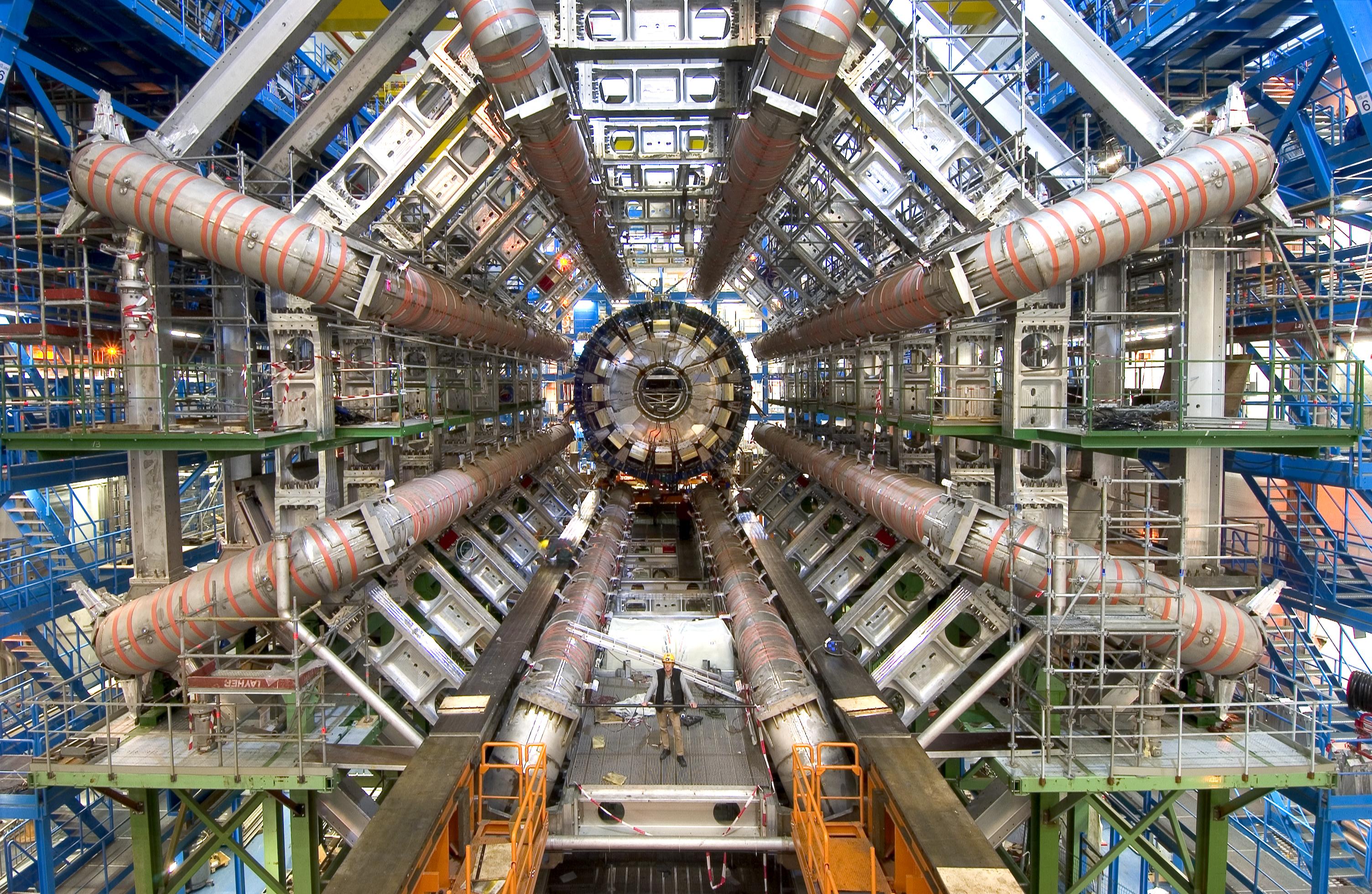 ​The CERN nuclear research lab in Switzerland houses the Large Hadron Collider, the world's largest and most powerful particle accelerator.

Mary Robinson was the very popular President of Ireland during the 1990s. 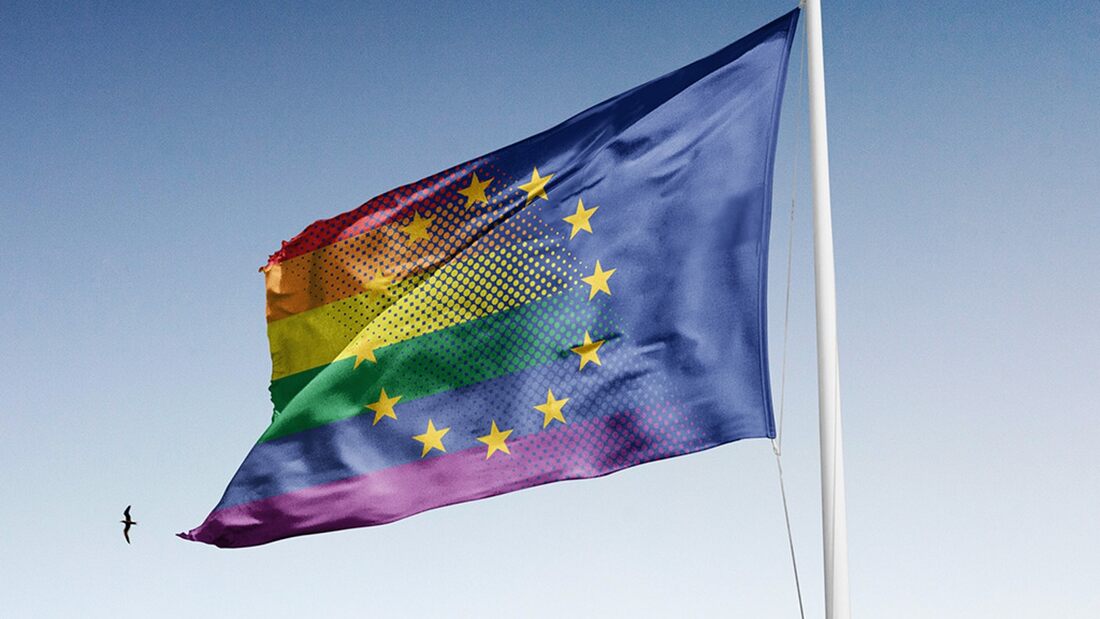 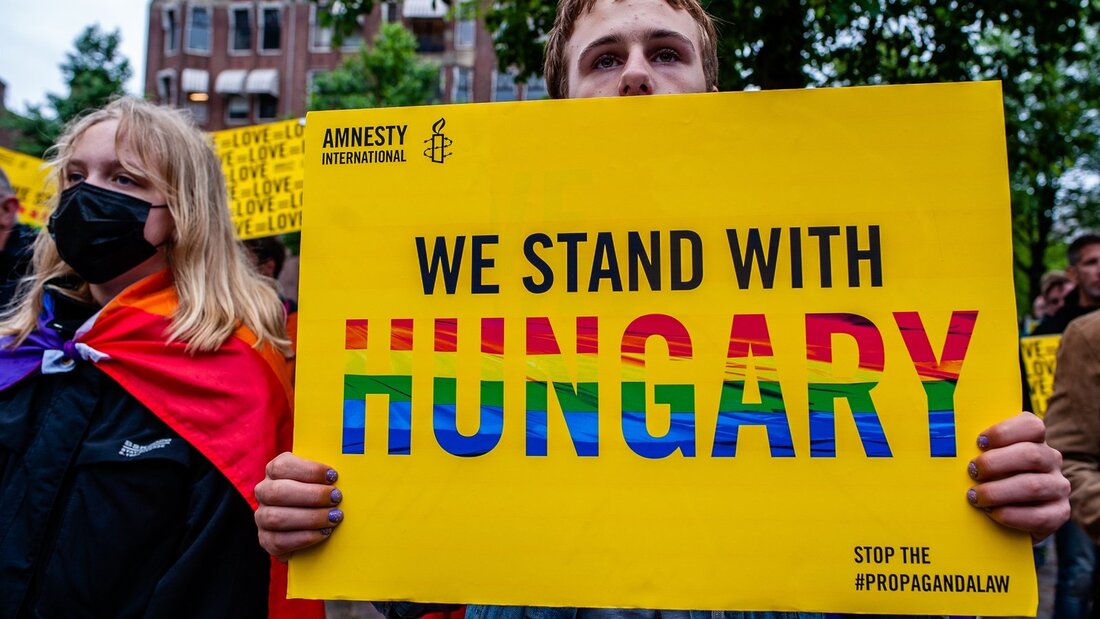 In 2021, the Hungarian parliament passed a new anti-LGBT law by a vote of 157-1. Seventeen EU member states have condemned the law and called it a violation of the Charter of Fundamental Rights of the European Union.

Objective: Explain how and why European culture changed from the period following World War II to the present.