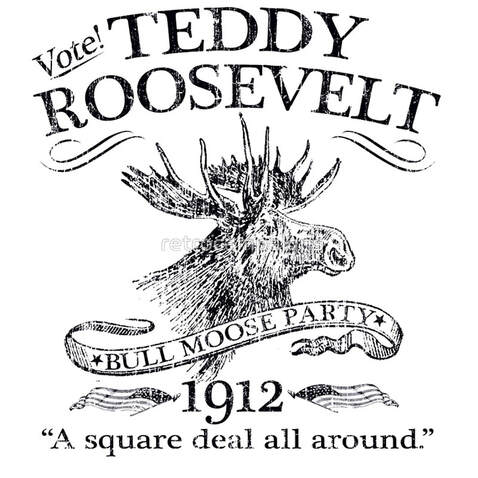 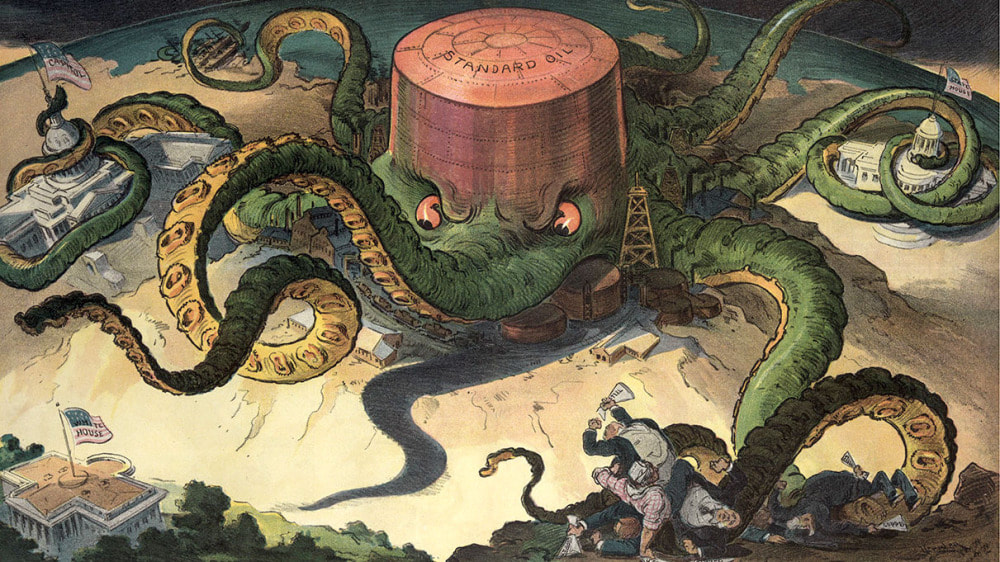 Illustration shows a “Standard Oil” storage tank as an octopus with many tentacles wrapped around the steel, copper, and shipping industries, as well as a state house, the U.S. Capitol, and one tentacle reaching for the White House. The only building not yet within reach of the octopus is the White House—President Teddy Roosevelt had won a reputation as a trust buster. Udo Keppler, “Next!” 1904. Library of Congress (LC-USZCN4-122). 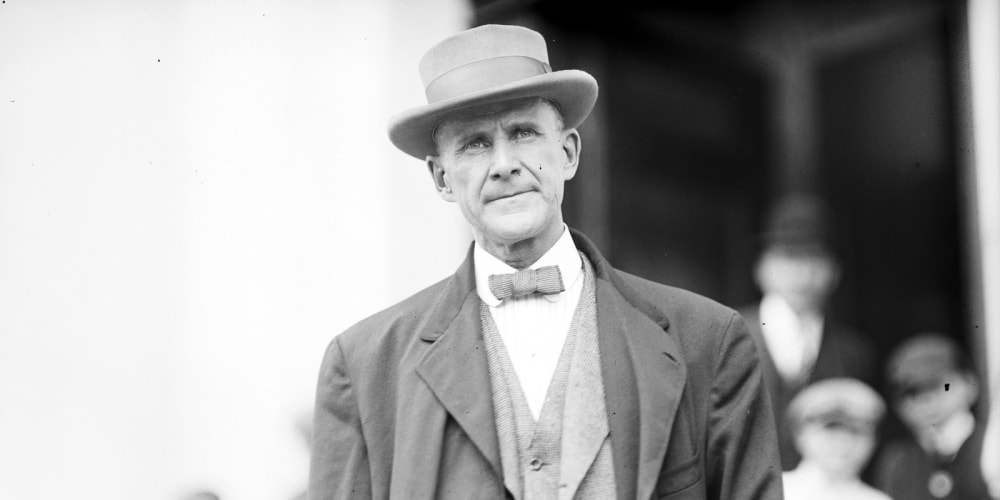 Download File
The Lost History of an American Coup D'Etat

Booker T. Washington, born a slave in Virginia in 1856, founded the Tuskegee Institute in Alabama in 1881 and became a leading advocate of African American progress. Introduced as “a representative of Negro enterprise and Negro civilization,” Washington delivered the following remarks, sometimes called the “Atlanta Compromise” speech, at the Cotton States and International Exposition in Atlanta in 1895.

Hull House, Chicago’s famed “settlement house,” was designed to uplift urban populations. Here, Addams explains why she believes reformers must “add the social function to democracy.” As Addams explained, Hull House “was opened on the theory that the dependence of classes on each other is reciprocal.”

A native of Terre Haute, Indiana, Eugene V. Debs began working as a locomotive fireman (tending the fires of a train’s steam engine) as a youth in the 1870s. His experience in the American labor movement later led him to socialism. In the early-twentieth century, as the Socialist Party of America’s candidate, he ran for the presidency five times and twice earned nearly one-million votes. He was America’s most prominent socialist. In 1902, a New York paper asked Debs how he became a socialist. This is his answer.

Walter Rauschenbusch, a Baptist minister and theologian, advocated for a “social gospel.” Here, he explains why he believes Christianity must address social questions.

Alice Stone Blackwell was a feminist activist and writer. In an edited volume published in 1917, Blackwell responded to popular anti-women’s-suffrage arguments.

Illustration shows a “Standard Oil” storage tank as an octopus with many tentacles wrapped around the steel, copper, and shipping industries, as well as a state house, the U.S. Capitol, and one tentacle reaching for the White House. The only building not yet within reach of the octopus is the White House—President Teddy Roosevelt had won a reputation as a “trust buster.”

​Women protested silently in front of the White House for over two years before the passage of the Nineteenth Amendment. Here, women represent their colleges as they picket the White House in support of women’s suffrage. 1917.

An overview of the far-reaching economic and social changes that transformed American society in the 20th century, including innovations in science and technology, economic productivity, mass communication and mass entertainment, health and living standards, the role of government, gender roles, and conceptions of freedom.

Progressivism is an umbrella label for a wide range of economic, political, social, and moral reforms. These included efforts to outlaw the sale of alcohol; regulate child labor and sweatshops; scientifically manage natural resources; insure pure and wholesome water and milk; Americanize immigrants or restrict immigration altogether; and bust or regulate trusts. Drawing support from the urban, college-educated middle class, Progressive reformers sought to eliminate corruption in government, regulate business practices, address health hazards, improve working conditions, and give the public more direct control over government through direct primaries to nominate candidates for public office, direct election of Senators, the initiative, referendum, and recall, and women's suffrage.By the beginning of the twentieth century, muckraking journalists were calling attention to the exploitation of child labor, corruption in city governments, the horror of lynching, and the ruthless business practices employed by businessmen like John D. Rockefeller. At the local level, many Progressives sought to suppress red-light districts, expand high schools, construct playgrounds, and replace corrupt urban political machines with more efficient system of municipal government. At the state level, Progressives enacted minimum wage laws for women workers, instituted industrial accident insurance, restricted child labor, and improved factory regulation.
At the national level, Congress passed laws establishing federal regulation of the meat-packing, drug, and railroad industries, and strengthened anti-trust laws. It also lowered the tariff, established federal control over the banking system, and enacted legislation to improve working condition. Four constitutional amendments were adopted during the Progressive era, which authorized an income tax, provided for the direct election of senators, extended the vote to women, and prohibited the manufacture and sale of alcoholic beverages.


Along the Color Line

The period late nineteenth and early twentieth centuries represented the nadir of American race relations. Nine-tenths of African Americans lived in the South, and most supported themselves as tenant farmers or sharecroppers. Most southern and border states instituted a legal system of segregation, relegating African Americans to separate schools and other public accommodations. Under the Mississippi Plan, involving the use of poll taxes and literacy tests, African Americans were deprived of the vote. The Supreme Court stripped the 14th and 15th Amendments of their meaning, especially in the 1896 case of Plessy v. Ferguson, which declared that “separate but equal” facilities were permissible under the 14th Amendment. Each year approximately a hundred African Americans were lynched.Booker T. Washington, the most prominent black leader, argued that African Americans should make themselves economically indispensable to southern whites, cooperate with whites, and accommodate themselves to white supremacy. But other figures adopted a more activist stance, such as the anti-lynching crusader Ida B. Wells, and W.E.B. DuBois, a founder of the NAACP, who demanded an end to caste distinctions based on race.

A tight labor market during World War I triggered the “Great Migration” of African Americans to the North, which continued into the 1920s. But the movement of blacks out of the South was met by racial violence in Chicago, East St. Louis, Houston, Tulsa, and other cities.

The Great Migration was accompanied by new efforts at black political and economic organization and cultural expression, including Marcus Garvey's Universal Negro Improvement Association, which emphasized racial pride and economic self-help, and the Harlem Renaissance, a literary and artistic movement.

The State of African Americans in the South
Lynching
Convict Lease System
Jim Crow and the Courts
Plessy v. Ferguson
Segregation and Disfranchisement
Booker T. Washington and the Politics of Accommodation
Conclusion


The Struggle for Women's Suffrage

Among the most radical of all struggles in American history is the on-going struggle of women for full equality. The ideals of the American Revolution raised women's expectations, inspired some of the first explicit demands for equality, and witnessed the establishment of female academies to improve women's education. By the early 19th century, American women had the highest female literacy rate in the world.But as American states widened suffrage to include virtually all white males, they began denying the vote to free blacks and, in New Jersey, to women, who had briefly won this privilege following the Revolution. In the 1820s and for decades to come married women could not own property, make contracts, bring suits, or sit on juries. They could be legally beaten by their husbands and were required to submit to their husbands' sexual demands.

During the early 19th century, however, a growing number of women became convinced that they had a special mission and responsibility to purify and reform American society. Women were at the forefront of efforts to establish public schools, abolish slavery, and curb drinking. But faced with discrimination within the antislavery movement, Elizabeth Cady Stanton and others organized the first Women's Rights Convention in history in Seneca Falls, New York, in 1848.

The quest for full equality involved not only the struggle for the vote, but for divorce, access to higher education, the professions, and other occupations, as well as birth control and abortion. Women have had to overcome laws and customs that discriminated on the basis of sex in order to overcome the oldest form of exploitation and subordination.
​
"Failure is Impossible"
72 Years
The Drive for the Vote Begins
The Movement Splits
The First Breakthroughs
New Arguments and New Constituencies
Opponents of Suffrage
The Final Push
Did the Vote Make a Difference?
Political Firsts
Birth Control
American History Home
c. 1865-1890
c. 1890-1920
Progressivism
Imperialism & the First World War
c. 1920-1941
c. 1941-1962
c. 1950-1975
c. 1968-1991
c. 1991-NOW